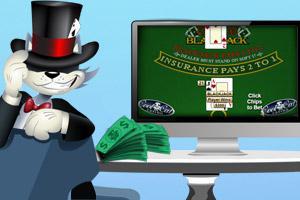 A multimillion-euro online gambling enterprise involving establishments across Italy has been tied to a host company based in the city of Qormi in Malta. Seven people suspected to be involved have been arrested by Italian authorities; including Massimiliano Fullin and Fabio Veglianetti, directors of the firm Medialive Limited (registered since 2005). The firm operates an online gambling company licensed by Illegal gambling the Malta Gaming Authority. Medialive Casino is one of the leading online casinos in the Mediterranean and employs live croupiers and gaming operators for live online gambling sessions.

After a lengthy investigation sources indicated that up to 24 gambling shops throughout regions in Italy may be involved with gambling activities not recorded by fiscal police in Italy. The scheme, also under investigation for potential money-laundering, is estimated for having handled around €10 million worth of gambling transactions on a monthly basis. Italian officers heading the investigation suspect that illegal operations were running in conjunction with a legitimate online gambling company based in Qormi using a system of servers.

According to Italian investigators the servers operated remotely and were tied to various bank accounts sourced in Malta. They admitted to not being able to seize and even freeze the assets of the Malta-based company and its directors due to bureaucratic “red tape”. However, the authorities were able to successfully put an end to criminal activity on their end [Italy], but it is still up to authorities in Malta to stop the illegal activities on their end.

Malta is considered an online gaming industry hub that hosts roughly 500 international companies all registered on the island. It’s a large, money making industry and has recently been plagued with scandals and international reports as functioning as a center for money-laundering and criminal activities in addition to legal business operations.

For 2017, from January through September, the total reported gambling revenue in Sweden was 16.5 billion SEK (roughly $1.97 billion), a three percent increase compared to the year before. However, earlier this month, Sweden’s gaming regulators posted numbers from their annual survey of the country’s gambling market, and have recently revealed that the number of individuals participating in gambling has been in decline.

The gaming regulatory body Lotteriinspektionen posted the outcome of a survey that showed that roughly 66% of a focus group of 1,044 adults surveyed had gambled in one form or other during a 12 month period since 2016. But the statistics indicate that gambling throughout the country is in a steady downward trend.

Though these numbers may seem somewhat discouraging, for the financial regulatory body, the good news is that the same survey also showed that problem gambling rates have decreased consistently over the last few years. Gambling is legal and popular pastime in Sweden that is taxed by State fiscal authorities, but in recent years the gambling landscape of the country has been through a change. The State-owned Svenska Spel, has been recently losing its gambling monopoly through the privatization of the gambling sector, along with the outsourcing of online gaming operations and companies.

Experts are interested in seeing what the numbers will look like once the online monopoly of Svenska Spel will be removed in the coming years. However, since no action will be taken until after the country’s national elections in 2018, the upcoming market changes won’t be reflected until early 2019.

In recent years, Atlantic City has been through a bit of a slump as it has been taking hits in the private sector. However, the once popular tourist destination could see hope again as the Stockton University Gateway project begins. The project has been greenlit to take place in the city’s Chelsea section, and could expected to boost the community economically with the help of the Hard Rock Hotel & Casino Atlantic City and the upcoming The Beach at South Inlet development.

The project could increase the housing market-rate in Atlantic City, and involves a residential complex estimated to $81 million featuring 250 apartments. Recent data shows that over 61% of Atlantic City’s properties and housing stock is older than 40 years. This new development would breathe much needed life back into the region. Wasseem Boraie, Vice President of Boraie Development LLC, head of the housing project, has explained that one of the major problems of the local community is that most of the surrounding buildings are old and often present a stark contrast the requirements of the younger generation of renters and visitors.

The development is scheduled to open in in summer 2018, and would feature a total makeover of the area; offering a spectacular lounge for residents along with state of the art amenities offered to interested buyers and tenants. The real estate project would create a new, more welcoming atmosphere set to change the way that the area is currently viewed, thus drawing in new potential residents. Current statistics show that although up to 50,000 people work in Atlantic City, almost 80% of these individuals do not live in the county. The reason for this is the deteriorated condition of the current real estate in Atlantic City, drastically in need of improvement. The reopening of the once popular Hard Rock Casino in 2018, is hoped to attract a younger generation willing to spend their leisure time and hard earned money in the area.

Mayor-elect Frank Gilliam has recently shared that the struggling city has potential to be revived by these types of multi-million dollar projects. He encourages would-be contractors to consider launching other such first rate market developments with land owners in order to reinvigorate the region. According to Gilliam, the recent interest in the renewal of the properties in the area is a critical factor in boosting the city’s economy.

Other gambling venues such as the Hard Rock, now located at the site of the former Trump Taj Mahal Casino Resort, have been planned for the coming summers. As much as $500 million worth of renovation and rebranding has been budgeted for the region. Investors like Jack Morris and Joe Jingoli have no doubts that Atlantic City will soon be going through a renaissance of sorts in relation to the gambling and tourism industry. The city expects an emergence of over 1,000 new construction jobs and as many as 3,000 permanent new jobs to be created by the Gateway development along with other similar projects. 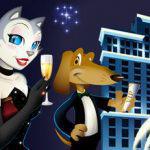 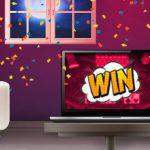 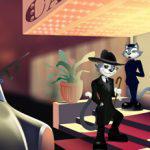 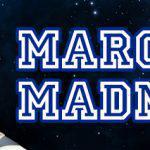