Playing dice games like craps or streets is a popular pastime for people worldwide, whether it is testing your luck with some fun amongst your clique while enjoying a drink or two, or throwing the dice at the casino. Unfortunately, with dice games, players seem to want more of an advantage when going up against the house, which also goes against every unwritten (and written) rule of gamesmanship. Cheating in these games is no easy feat, though, especially when there are these 6 ways casinos stop dice cheats.

In all fairness, we can’t believe that players even try to cheat with gambling games. It’s an obvious no-no.

The only reason we can think of why cheating at dice games is so widespread is that players actually get to hold and control the dice? Either way, here is our list of 6 ridiculous ways that players try to short change casinos, and what they are doing to stop it. 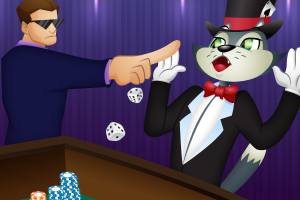 It is just as it sounds, and players attempt to swap in modified dice to the table. This is ridiculous in its own right because there are so many factors in play to stop this from happening, let alone the horde of eyes that are always watching over!

Players attempt to shave the corners of dice next to the undesirable sides. This is done in the hope of manipulating the die to roll that bit extra and land on the desired numbers.

Unfortunately, if you are thinking about doing this – just stop. The casinos stop dice cheats who shave corners by having two dice with specifically different designs. On top of this, the dice that a casino uses have very rigid edges and corners, this is to create a random roll on every throw and removes the strength of any weight bias in the dice.

You will also notice that because these dice experience their wear and tear fairly quickly – the dice are swapped out every few hours.

Although it is not necessarily considered cheating, instead, it points out that the player has the wrist of a great cricket or baseball player! Rhythmic rolling is still no easy feat and involves players setting dice in their hand and throwing a specific way, hoping to influence the roll.

Casinos don’t necessarily like this, though, and often look out for players who avoid shaking dice in their hand before throwing.

The dealer might ask players like this to either not shake the dice or move on and play a different game. The table itself also features foam bumpers that help to create random rolls. 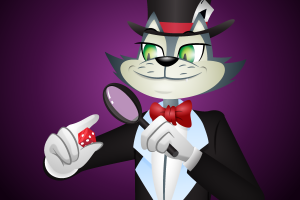 A hop bet is an interesting wager in games of craps where players can bet on the result of a single dice roll. A player will mumble something under his breath that sounds, and the dealer will take it as a hop bet. Because there is no place on traditional craps tables for this bet, there isn’t really any way to cheat this way without enlisting help on the inside.

Believe it or not, this actually happened to the Belaggio between 2012 and 2014!

Unfortunately, casinos aren’t able to necessarily combat this type of cheating either as the closed-circuit security cameras don’t pick up audio. However, given the odds of these types of wagers hitting are extremely unlikely – doing so will raise the heat on you pretty quickly.

Sliding dice is a method that players try to use when throwing the dice. Instead, they aim to slide the dice. This actually isn’t too difficult to do, and you will often see these types of slides happen at the tables.

Given the obvious nature of a sliding dice trick, the casinos will quickly catch onto you if it results in frequent wins.

If you are busted trying to slide the dice, the security staff or dealer will ask you to move on. However, if your wins are substantial enough, the casino can have you charged and convicted of cheating at gambling! 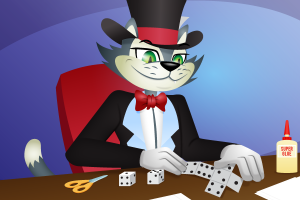 This is a well-known trick because even the slightest manipulation, like shaving a fraction of one side, can impact the roll of a dice. Another way that players create loaded dice is by influencing the internal structure by adding or removing some of the weight.

Unfortunately, casinos have this one under control quite easily because they are specific about their dice. Not to mention that most dice are transparent, which removes any internal tampering.

The dice itself also came with a serial number in allocations of five dice per pack, meaning if two conflicting serials were on the table at once, it would raise alarm bells. 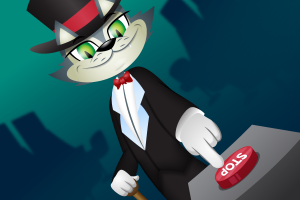 Past posting is a cheating method in which players sneakily place a bet on the table after the dice have been thrown. This is often done by players asking for change before the dice are thrown, and while the dealer is busy, they place their chips on the winning bet.

Sure, you might get lucky and pull this off, but there are so many eyes watching you and the table. It is hard to see how anyone could get away with this one.

Casinos keep a very close eye on all their gamblers, and we really do not recommend attempting any of these cheating methods, no matter how tempting they may seem!