The Five Most Difficult Games in the World to Master

Humans have been gambling and playing games of chance since ancient times. In those days, we would use everything from sticks, stones, and carve dice-like objects out of animal hooves so that we could procure some form of entertainment and keep ourselves occupied.

As our species began to evolve, so did our competitive nature, way of thinking, and ability to learn how to do things much quicker. This is a perfectly good explanation as to why games are more complex and much harder to crack these days too. Here are five of them that are currently deemed the hardest in the world to master! 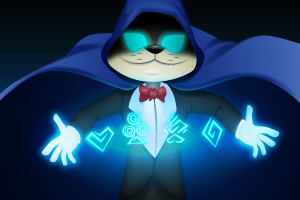 Similar to Dungeons and Dragons, Magic: The Gathering is a collectible fantasy-based card game that sees two or more players battle against each other as wizards. The objective for either player is to diminish their opponent’s life points from 20 down to zero. This is accomplished by casting spells, capturing lands, and using creatures from a card deck to attack the other player. All players are required to have compiled their own decks of 60 cards beforehand, and they begin the game with seven cards in their hand. All players must draw an additional card if they needed to cast a spell or engage in combat during the previous round.

It may sound straightforward at this stage, but there are approximately 20,000 different cards to collect in this game and close to 2,000 rules. Although that means an endless amount of possibilities, there is an exponential amount of jargon on the cards, and a large degree of strategy involved in playing. Some Magic players have been collecting these cards and playing the game since it came out in 1993, and they still find it hard to grasp the obscure mechanics. 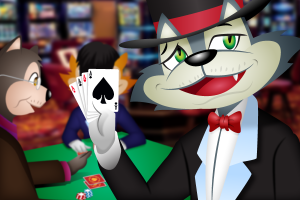 Bridge is considered one of the greatest yet most challenging card games in history. The game is known as a ‘trick-taking game’ and is played with a 52-card deck and four players divided into two teams. A trick is made up of four cards, and the objective is to win the most points by taking the most tricks and winning the most rounds. Each hand features for individual phases: dealing, bidding, playing, and scoring. In the bidding/auction stage, players must bid for tricks and describe their hands in a clockwise direction. The round ends once three of the players have declared “pass” which indicates they are not willing to bid any higher. The last player’s bid becomes known as the ‘contract.’

The winner claims their tricks and the round is then scored. The next hand is dealt to continue the process until one team has gathered enough tricks from each player’s hand to win the game. Of course, there are specific rules to this game that means players need to take into account the value of each card they play and the suit. There are also trump cards that can be played when a player is not able to lay down a card of the leading suit. Bridge may sound like an easy game, but the game rules tend to be over-subjective and ambiguous at most. 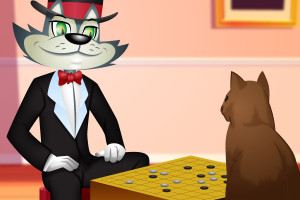 Go is an ancient Chinese board game that originates back to the Zhou dynasty and is similar to checkers. It’s played with two people and several black and white pieces known as ‘stones.’ The board itself has empty intersections dotted all over it, and the goal is for each player to occupy as much of this empty space as possible in order to win points. Once in place, the player is not allowed to move or relocate their stones, but they are able to surround the other player’s stones to kick them out of the gameplay.

Once there are no spaces left to occupy, both players earn a point based on the vacant space left in their section of the board. They also earn a point for each stone they have managed to take away from their opponent. Even though it is a simple game, it is the board layout of 19 x 19 and endless moves that can be made, which makes it a tricky one to master. 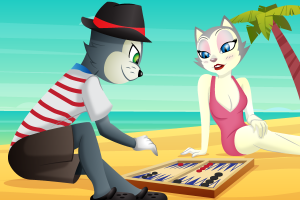 Another incredibly old board game is Backgammon, which dates as far back as 3000BC. The game is considered a mix of both strategy and luck, and while it’s fun and easy to grasp — becoming a master of it is a whole different story altogether. The game is played with two people, who each possess fifteen colored checkers, plus their own pair of dice and a dice cup. A prop known as a “doubling cube” is used to track and determine the stakes for each round. The 6-sided cube is numbered with 2,4,8,16,32 and 64.

The objective is for each player to move all of their checker pieces into the inner section of the table that is closest to him/her. Once they have achieved this, the next step is to remove/bear the pieces off the board. Whoever does this first wins the game.

Last but in no means least, Diplomacy is a pre-war board game set in 1901. It depicts a map of Europe that is divided into 75 regions, overruled by seven occupational powers/players: Austria-Hungary, England, France, Germany, Italy, Russia, and the Ottoman Empire, aka, Turkey. There are 34 individual cities, which are essentially major cities like Berlin, Moscow, and Vienna. Players are assigned a number of fleets to begin with. They must then all deploy their fleets to take out the other armies on the board. The first player to occupy 18 supply centers is the winner.

Throughout the game, players are able to create alliances with other nations to give themselves an advantage. Naturally, these bonds will need to be broken at some point, as only one player can merge victorious. The game tactics are as brutal as you would expect them to be in a real-life war, but the game is a lot of fun nevertheless!

Contemporary Games Are Equally Tough, If Not More!

These are all the physical board, card, and dice games that are considered the world’s hardest to master. However, with the uproar of console gaming, there is a patent list of computer-based pastimes such as Dark Souls, Contra, Super Mario 2, and Ghosts’ n’ Ghouls that are categorized as the world’s most difficult-to-master video games — but that’s a blog for another day!