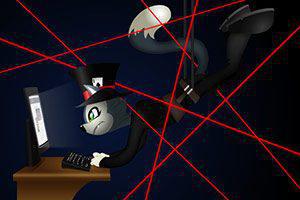 We’ve been seeing it in movies like Mission Impossible, Blade Runner, and Alien for decades! And it really is a real thing too! Biometric authentication is a futuristic concept that has been made very real in today’s world, and is used in many different industries across the globe. But what we’re really talking about when we mention this fancy term, is facial recognition software. A security feature which scans the human face using metrics and measurements to accurately identify and match it with credentials in a system; usually of which allows that person access to something or somewhere.

Other forms of biometric identifiers, include fingerprint recognition (something which Disney Land introduced in the last few years, to ensure tickets were being used by the same person from day to day) iris recognition (scanning the eyes), DNA, hand geometry, as well as ‘token-based’ recognition which you generally tend to see when displaying your passport or ID card at places like airports and border control.

These days, it is detrimental to the operations of many businesses and public sectors, including government, military, security and banking. With facial recognition coming out at a 99% accuracy rate, it also serves as a more concrete method of authorization over standard password or keypad encryption – which can easily be exploited by hackers. It’s near enough impossible to replicate the human face with every microscopic pattern, texture, and detail without having access to that kind of technology yourself. This is why it serves as such a full-proof, viable method of identification in today’s modern world.

Facial recognition software was the pioneering invention of Woody Bledsoe, with the help of his friends Helen Chan Wolf and Charles Bisson back in in the mid-1960s. Even though it was them who worked together to come up with the original concept, the project itself was privately funded by an innominate intelligence agency. This meant that much of the trios work was not published, and anything that was, gained very little traction or publicity.

According to historic references, the original technology would scan various landmarks of a person’s face i.e. eye centers, mouth, shape of cheekbones, jawline lengths etc. which were “mathematically rotated” by a computer to cover a variety of different poses, as well as the distance between the landmarks/features to help calculate and determine a subject’s identity. They tested the practicality of this approach using a large database of facial images.

A year later, Bledsoe’s work was carried on by the Stanford Research Institute who continuously challenged the technology, with it outperforming humans nearly every time. Fast-forward to 1997 – the system was further developed at a university in Germany, as well as a university in Southern California. It was here that the software was eventually sold as the ‘ZN-Face’ and brands such as Deutsche Bank and airport operators were some of the first to adopt this new and extremely “robust” technology, after seeing how it was even able to differentiate identities based on mustaches, beards, hair styles and even sunglasses. By 2006, the recognition algorithms were 100 times more accurate compared to the ones in 1995, and were even able to distinguish between twins.

The transition into 3D

When 3D really hit the market, technicians applied these techniques into facial recognition software to help it capture and determine more information, such as the shape of a person’s face, the contour of their eye sockets, nose and chin, as well as the overall surface area. The main advantage of incorporating 3D techniques, was the fact that its performance was not affected by changes in lighting, unlike other recognition systems. It was also able to determine different angles of the face to give a solid, profile view using sensors and tracking cameras.

Facial Recognition in the modern world

As innovative and genius the technology was when it first came about, these days facial recognition is seen in many normal day to day operations and scenarios. Many mobile applications (particularly banks) favor fingerprint and facial recognition technology over passwords, and it’s not just due to the accuracy either. Every business strives to make the customer journey more fluid and effective, and because access is instant for the authorized user on FR apps, it saves that person time and convenience as well.

Even third-party social media apps are heavily involved with the technology. A Facebook research group introduced something known as DeepFace back in 2007, and was trained on over 4 million different digital images, producing 97% accuracy (higher than the FBI’s Next Generation Identification System). Often, people are using similar applications and websites for entertainment purposes, including being able to see what you would look like if you were old, fat, bald, the opposite sex, and even a cartoon! 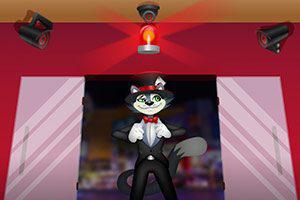 First of all, why would casinos even need to use facial recognition? As far as gambling goes, casinos have one of the biggest ‘open doors’ policy because they want to attract as many visitors to spend as much money inside their establishments as possible. So why an earth would such a thing be necessary?

When it comes to the back rooms in casinos where all the cash is stored, as well as the surveillance rooms – naturally these kinds of places need to be heavily guarded and kept secure. According to the Nevada Gaming Association, a casino can store up to $70 million in cash on an average week day, and close to $100 million on a weekend.

Another reason casinos are beginning to adopt FR, is to prevent underage gamblers entering the premises, as well as to stop those who have been previously blacklisted or banned from simply waltzing through the doors. But, the most prominent advantage this kind of technology gives casinos, is the ability to spot fraudsters, and people attempting to cheat the house in real-time. A biometric-powered technology called CASINO-ID is a commonly used one, which captures images of every person that enters the casino through their own CCTV systems. This information is then fed into a database which compares facial features, and allows the casino to accurately pin-point the hopeful hustlers, and thus have the individual(s) removed from the building. Whilst these kind of security measures can be extremely costly to the establishment, in the long-run it is far more worthwhile having these things in place, as opposed to giving scammers the ability to take from the casino. 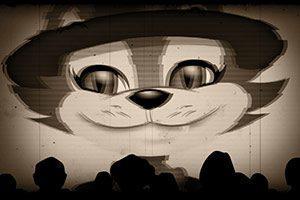 As beneficial this all is for the casino, not everybody who walks in is particularly happy about the idea of this Big Brother-like crackdown. Most people see cameras in a casino as an added means of security, which is understandable. But, when people find out they are being more than just watched, and actually having their faces scanned – it can put them on edge and naturally make them feel uncomfortable. It’s the same psychological effect of that feeling before you go to a medical exam; you know you’re perfectly healthy, but you are still anxious at the idea of being analyzed. Another example are the nerves you can feel when a police officer is near. You know you’ve not done anything wrong, but because you know for a second that you are being assessed, it can put you on edge for no real reason.

Some industry experts would even go as far as saying that Facial Recognition in casinos could be considered an infringement on customer privacy. Technically this is not the case, as the CCTV systems that are capturing the information work in a similar way to the cameras present in public places, like most shops, clubs, hotels and even streets.

Other technologies casinos use

Aside from facial recognition, there are other means of security measures that some casinos take, which you may or may not even be aware of!

License plate readers – Before you’ve even stepped foot into the casino, the chances are that the vehicle you arrived in has already been registered onto the establishment’s database. Using cameras to take a picture of the license plate, and by using something called “optical character recognition” software, which converts the numbers and letters into text. This data is then compared against the registration plates of well-known problem gamblers, or players who have caused some kind of disturbance to the casino in the past. If your license plate flags on their systems, a security guard will usher you off the premises before you’ve even had a chance to say blackjack.

Angel Eye – Most people are fully aware that they are being watched on camera when they’re inside a casino. But the Angel Eye is little bit more sophisticated than your standard CCTV surveillance, and it is mainly used to closely monitor the cards in games like baccarat. The system relies on unique bar codes placed on each of the cards with invisible ink. As the dealer hands out the cards, a sensor in the dealing shoe keeps track of the cards being dealt and transfers this info back to a computer. After all the cards are handed out, the dealer pressers the button on the shoe which verifies the results. If they don’t match those of what it is on the computer, you can expect a firm hand on your shoulder pretty soon.

RFID Chips – Stands for ‘Radio Frequency Identification’ and is something very commonly used in casino chips these days. The chips contain unique serial identifiers which emit a signal using radio frequencies, these frequencies are then fed back to the chip cashing booth, which can verify any counterfeit ones in the mix. It also allows the casino to keep track of any chips leant out to players, as well as deactivate any that may be stolen from the establishment. One man did attempt to do exactly that at the Bellagio casino, when he tried to walk out with almost $1.5 million in chips last year. Obviously the casino found out and simply turned off the chips transmitters, making them instantly worthless.

TableEye21 – Similar to the Angel Eye, the TableEye21 also operates through a camera to keep track of all activity carried out on the floor. By using a mixture of RFID Chips and video analysis; real-time information of the chips being used and the cards which are dealt are analyzed and conveyed, whilst TableEye21’s software keeps track of all the stats and data produced on each game. Casinos are able to quickly identify anyone seen to be counting cards or rogue dealers going against the grain to help people cheat.

NORA – This piece of technology acts as a screening measure for new casino recruits, and it can also identify notorious scammers and hustlers who have been previously convicted of criminal activity inside casinos. It can also find correlations between multiple people as well, so that if 2 players belonged to the same crime ring back in the 90s for example – NORA can alert security immediately. The software is currently used all over the world, and even helped to identify links between potential terrorists during the 9/11 attacks.

It’s quite understandable that casinos and establishments homing so much cash, would need to introduce such measures in order to protect their assets, staff and the players. As technology and the world’s digital footprint advances, so do the tactics and hacking methods of conmen and casino cheats! So who knows what will be used to counteract illegal activity inside casinos in another 10 years’ time? Maybe all of the dealers and security staff will be replaced with AI who will perform X-ray scans on players as the walk in. And maybe hackers will develop a kind of “chip” that they can inconspicuously attach to an AI to make its circuitry malfunction, to the point where it overlooks all cheating attempts or makes them a default winner every time? It’s very fascinating to think where both sides will end up eventually. But until then, the future remains mysteriously uncertain!