Some of the best stories to grace the history books began with a simple bet. Dr. Seuss wrote The Cat in the Hat and Green Eggs and Ham because of wagers, and they went on to be his top two best-selling books. Steven Spielberg still receives checks in the mail from George Lucas for a wager made on Star Wars. And those stories are just the beginning. Read on to discover only a few of the weirdest, funniest, and good bets ever made. 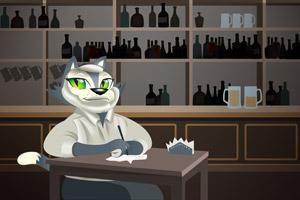 Ernest Hemingway, author of American classics like The Sun Also Rises and The Old Man and the Sea, is famous for his choppy, “iceberg theory” writing style and his lasting influence on literature. He’s also well known for making a wager that inspired the creation of an entire writing genre – a wager that may have never even happened.

The story says that Hemingway was drinking with a bunch of fellow poets and other literary friends when he bet each of them ten dollars that he could create a complete story using only six words. Naturally, his buddies looked around at one another and probably thought something like, “This guy’s nuts and we’re all about to make an easy ten bucks.” So, the bet was on. Hemingway then wrote down six words on a napkin and passed it around, collecting ten greenbacks from every guy who read it. After reading about Hemingway’s life and habits more in depth, you’d think he’d write something like, “Met Mary, left my third wife,” or “Gin and whiskey, the perfect women.” But Hemingway proved that even on the spot, his writing was always both blunt and surprisingly profound – the napkin read, “For sale: baby shoes, never worn.”

Yikes. Talk about a buzz kill.

The story is now thought to be apocryphal, and though several sources attribute the story to Hemingway, there is no concrete evidence that is ever occurred. And unfortunately, similar stories existed in several publications long before he started writing. Nevertheless, the story of the legendary Hemingway creating a complete tale from only six words gave birth to the genre of writing known as “flash fiction,” and inspired a series called “Six-Word Memoirs.”

While it may have inspired an entire new genre of literature, Hemingway’s six-word story was depressing and brought down the mood, I’m sure. Maybe he should’ve won the money another way – I’m sure a thrilling game of craps, would’ve been much less dismal. 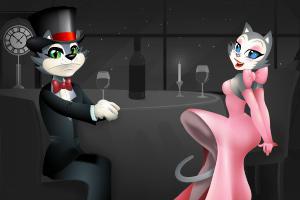 In 1923, Calvin Coolidge went from the position of 29th Vice President to the 30th President of the United States when Warren G. Harding died suddenly in San Francisco. While serving as Vice President, Coolidge and his outgoing wife, Grace, were invited to a number of Washington D.C. shindigs to socialize with all the fat cats of Capitol Hill. During this time, despite being known as a talented public speaker, Coolidge earned the nickname “Silent Cal” due to his quiet nature outside the public spotlight. He became legendary for his tendency to utter only a few words at a time while amongst the fashionable Washington elite. This widely known personality trait led to one of the most famous stories told about Coolidge, and involved a pretty simple but highly entertaining bet.

The story goes like this: Coolidge and Grace are at a dinner party with some of those pristine Washington socialites I mentioned earlier. Coolidge, unlike his wife, was apparently always uncomfortable at these functions, but continued to attend because, as he succinctly stated, “Got to eat somewhere.” On this particular night, he hasn’t said anything to anyone and He’s seated at the table next to an unknown woman, who turns to him and begins her attempt at conversation by telling him, “I made a bet today that I could get more than two words out of you.”

I’m sure she thought the Vice President would appreciate her being blunt and even entertain her by allowing her to win her bet, but alas, it was not to be so. She was talking to Silent Cal, who not only rarely spoke, but apparently also had a deliciously dry sense of humor as well. According to the tale, Coolidge looked at the unknown woman for a few moments and then responded, “You lose.” 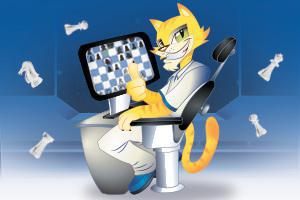 In 1968, British International Master of chess David Levy made a bet with four artificial intelligence experts after AI researchers John McCarthy and Donald Michie predicted that a computer program would dethrone the world chess champion within the decade. Levy begged to differ. The bet, which totaled £1,250, stated that no computer program would beat Levy in the next ten years.

Seems that Levy was pretty confident he’d win, and he had reason to be. Until 1977, just one year before the bet concluded, there wasn’t a computer program that could come close to competing with Levy. In 1973, halfway through the duration of the wager, he wrote, “Clearly, I shall win my … bet in 1978, and I would still win if the period were to be extended for another ten years. Prompted by the lack of conceptual progress over more than two decades, I am tempted to speculate that a computer program will not gain the title of International Master before the turn of the century and that the idea of an electronic world champion belongs only in the pages of a science fiction book.”

At two separate points in 1977, Levy played the Chess 4.5 and Kaissa programs. In both instances, Levy won the first games and the second games weren’t played. Apparently it was because there was no possibility that Levy would lose. In 1978, Levy won both games against MacHack, and won his bet by defeating Chess 4.7 in a six-game match. The final score was 4.5-1.5 – the computer won game four, making history as the first computer to win against a human master in a tournament.

After he claimed victory, Levy stated that he would pay $1,000 to the creators of the first chess program to defeat him. Omni magazine chipped in $4,000, making the total prize pot a neat five grand. In the end, Levy’s claim in 1973 was partially true – it took a little over 20 years from the inception of the original bet in 1968 for a computer program to beat him, accomplished by the Deep Thought Program in 1989.

However, the “idea of an electronic world champion” is no longer something only to be found between the covers of a sci-fi novel – it’s a very real possibility. In 1996, the reigning world chess champion Garry Kasparov played the Deep Blue computer program, effectively beating it 4-2. However, the next year Deep Blue won the historic rematch, becoming the first computer program to defeat a world chess champion under tournament conditions.

As Isaac Asimov once said, “Today’s science fiction is tomorrow’s science fact.” I’m sure there was a time when humans thought that video poker, would only remain in science fiction novels also, but thankfully we as a species are known to advance quickly. 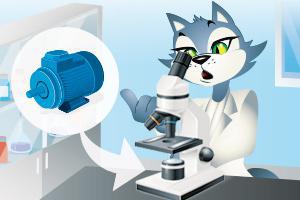 Speaking of science fiction, in the late 1950’s the concept of nanotechnology was a branch of science that at the time only existed in futuristic sci-fi novels. But Richard Feynman, a professor of theoretical physics at Caltech, thought that the days of miniscule computer technology weren’t far-fetched or far off.

At the end of 1959, Feynman gave a lecture at the annual meeting of the American Physical Society on the subject of nanotechnology. He concluded his talk with a challenge: he offered $1,000 to “the first guy who makes an operating electric motor” that is “only 1/64 inch cube,” and another $1,000 to “the first guy who can take the information on the page of a book and put it on an area 1/25,000 smaller in linear scale in such [a] manner that it can be read by an electron microscope.” He ended his lecture by predicting it unlikely “that such prizes will have to wait very long for claimants.”

Feynman didn’t have to wait long to reward the prize for the first challenge. Less than a year after giving his lecture on nanotechnology, Caltech graduate Bill McLellan
assembled an electromagnetic motor using such simple tools as a toothpick and a fine-gauge paintbrush and presented it to Feynman. The motor measured less than half a millimeter across and was best viewed with a microscope. For completing the challenge, McLellan received the prize money and Feynman received one of the ten miniscule motors McLellan had made.

Unfortunately, Feynman had to wait over 25 years for someone to rise to the second challenge. It wasn’t until 1985 that Tom Newman used an electron beam to etch the first page of Charles Dickens’s Tale of Two Cities on a scale at which the entire Encyclopedia Britannica could fit on a pinhead. The text was so tiny that Newman needed a map on a piece of paper to find it every time he stepped away from and came back to the microscope. Feynman reviewed Newman’s work and was satisfied, finally rewarding the second $1000 prize 26 years after he had initially issued the challenge.

These days, nanotechnologists dream of building machines out of molecules – something I want to say will only ever be found in science fiction novels, but based on past events will probably be a reality within the next 20 years.

This story sounds like it comes straight from the archives of a fraternity house history, but instead it hails from a poker game between a bunch of 20-something guys from New Zealand. So, not far off.

In 2010, a New Zealand gentleman lost a poker bet with his friends. Due to his loss, said man was required to legally change his name, and boy, did he. He changed his name to “Full Metal Havok More Sexy N Intelligent Than Spock And All The Superheroes Combined With Frostnova”, which is just one character under the 100-character limit set by New Zealand’s Department of Internal Affairs.

What a beautiful name, if just a little bit of a mouthful.

While it seems insane that the DIA would accept Mr. Frostnova’s new name, there aren’t many rules when it comes to what’s accepted as a name for you or your child in New Zealand. The name cannot be offensive to a reasonable person, cannot be more than 100 characters, and it cannot “include or resemble an official title or rank” without “adequate justification.”

Mr. Frostnova didn’t realize that his new name had actually been accepted until five years after he lost the bet, when his passport expired. According to the New Zealand DIA, Mr. Frostnova could change his name again at any time by completing the correct form and paying the fee. Here’s hoping he doesn’t change a thing.

Ready to make your own bets? Head over to CoolCat Casino – it takes less than five minutes to sign up, and pretty soon you could be making smart, exciting wagers that could bring you fun stories and big rewards. No name change required.