Your Guide to Betting on the Grammy Awards in 2021

The Grammys is one of the world’s most prestigious music award ceremonies, but when it comes to betting on your favorite album or song to win, there are various factors you’ll want to consider before putting any money down.

Unlike sports betting, there is a myriad of different variables that affect the outcome of these kinds of events. All winners are predetermined in the music awards, which gives punters a reasonably big window to analyze the nominees, potential winners, and the odds offered by different gambling sites.

This doesn’t make predicting who is going to win any easier, though, and gamblers won’t be able to rely on odds alone. That’s why strategic planning and researching the facts is the best way to maximize your chances when betting on the Grammys. That’s also why we’ve taken the time to list the key points to account for when placing your wagers.

When Should You Bet On The Grammys? 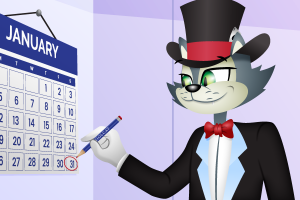 The 63rd Grammys event takes place on January 31, 2021, but the nominees won’t’ be revealed until November. That gives you plenty of time to research the potential nominations and map out your bets. As the date for the event is already scheduled, some bookmakers will be offering odds that you can review for the event already.

On the other hand, if you haven’t had a chance to look through the options and assess the situation properly yet, it’s probably wiser to hold off for a little while and place your wagers nearer the time. As the event draws closer, bookmakers and gambling sites will begin to publish relevant snippets of news and updates that can drastically alter the odds. This is why the majority of people prefer to wait and base their bets off facts over uncertainty or wagering on intuition.

There really is no right or wrong to the timing of your bets, but with more knowledge and information, you’re definitely giving yourself better chances for choosing the right outcome.

Tips for Betting on the Grammys

The nature of these awards is incredibly subjective, but that doesn’t mean you can’t take certain steps to ensure you’re giving yourself the best odds of seeing a return on your bets. Below are the top factors to consider when reviewing your options and gambling on the Grammys in 2021.

If there’s one top tip, it’s to make sure you’re confident with the ins and outs of the music industry. This includes the event’s previous winners and runner ups of the Grammys, as well as other music award ceremonies.

It can be quite difficult to establish this information with the Grammys, as it always falls on the New Year calendar and there aren’t many major music events taking place beforehand. However, it doesn’t hurt to have a good look through the previous winners of events like the MTV awards, Teen Choice Awards, AMA, and other annual ceremonies. 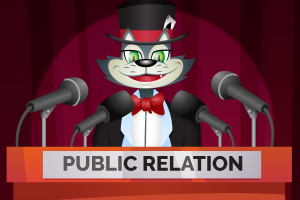 Even though the awards should be about the music and music alone, public relations and the way in which the media regard artists is one of the biggest influences on the award committee’s decision process. How the public perceives an artist can be negative or positive, and that’s why it’s advised to follow trusted sources that aren’t in any way biased or parti pris towards an individual.

By personally keeping track of their movements and behaviors, you’re relying on much more than an overstated campaign or article to help in the decision-making process of your bets.

With social media being one of the driving forces of the public perception towards the music industry, this is another area in which gamblers should tread carefully. Fake news, scandals, and false doctrines are in abundance on Facebook and Twitter. Millions of bets on sports and key calendar events have resulted in losses because of biased or untrue news sources.

The Grammys is an event that’s also widely speculated on these platforms; however, it’s not uncommon for experts to post industry insights — even occasional leaks — over the direction they predict the awards will go. If this happens to come from a trusted profile, group, or another verified online source — the information can heavily work to your advantage.

A Brief History of the Grammy Awards 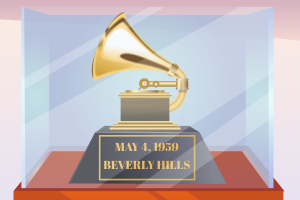 The Grammy Awards concept was created in 1958 when rock’n’roll was gaining popularity. Seeing the genre as a threat to pop music, a group of record label executives set out to raise the bar for higher music standards and cultivate the pop genre through an annual celebration of musical accomplishments.

The very first Grammy Awards ceremony took place on May 4, 1959, in the Beverly Hills Hotel. At the time, there were 28 categories with separate nominations for the Best Country & Western Performance, as well as Best Rhythm and Blues Performance. In these particular genres, the first ceremony saw the likes of Frank Sinatra, Doris Day, Andy Williams, and Perry Como as the top nominees.

The Grammy Awards are the equivalent of the film industry’s Oscars. To win an award, let alone be nominated, is a coveted dream for many artists, but there is a handful that hasn’t been inclined to accept an award in the past. One of these individuals was Sinead O’Connor, who in 1991 was the first-ever musician to turn down a Grammy, and who branded the event as “extreme commercialism.”

Justin Vernon from the indie-folk band Bon Iver also expressed his disdain towards the event in the past, calling it an event for the elitists with the sole purpose of exploiting the music industry for financial gain.

It’s not just the stars that feel this way either. Journalists and various media reps have also slammed the event and criticized it for being a money-making scheme that promotes unrealistic perceptions about the music industry.

One author from the Huffington Post, Steve Stoute, claimed that the event was “out of touch with contemporary pop culture”, and expressed his disgust in the “overzealousness to produce a popular show that is at odds with its own system of voting and fundamental disrespect of cultural shifts as being viable and artistic.”

The Grammys certainly brings some exciting prospects for gamblers, but it’s something that you should always research carefully before placing any bold bets. As long as you’re keeping track throughout 2021 and relying on legitimate sources for your updates, you’ll be able to make better-calculated decisions overall. Good luck!