Casinos both online and offline are often tarnished as money-grabbing organizations who are involved in the conduction of criminal activity. In many parts of the world, this very much is the case — organized crime rings and triads are heavily associated with illegal gambling dens and casinos when it comes to fraud and deception. And the act of money laundering is something that has been known to happen in the back closets of some casinos for decades.

In this article, we’re going to discuss what money laundering actually is, when it started, who is at risk, and how casinos throughout the world are finally aiming to put a stop to it.

What is Money Laundering? 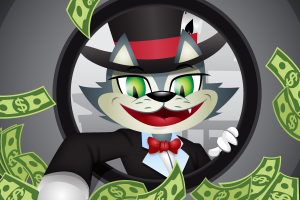 Criminal organizations are renowned for making millions of dollars each year from the illegal buying and selling of narcotics, extortion of firearms, and other rogue business trading. This amount of cash flow can easily alert tax authorities if these people aren’t careful about it, which is why the money is usually “laundered” through other means in order to make it look like it’s come from licit sources.

How Do Criminals Get Away With It?

Even though people are always coming up with new ways to pull tricks on the tax man, there is a general approach most of them take when it comes to laundering money.

●      Placement – This first step involves placing the funds in a business registered bank account, of which is essentially the “middleman” of the operation. This is also where most people get caught if not done with care, because if large sums of money are being deposited, it looks extremely suspicious.

●      Layering – In order to make sure the original source is untraceable, next the money needs to be layered. In other words, it will need to be exchanged through multiple banking transactions. And most do this by making large investments in things like property, cars, and even smaller businesses.

●      Integration – Lastly, and providing the last 2 steps were successful; the money is now essentially “clean” and safer for the launderers to integrate back to their own accounts. This could be in the form of a salary complete with real invoices to prove the money was earned legitimately, or through other business investments.

What Happens to Criminals Who Get Caught? 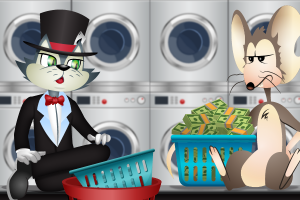 Funnily enough, the act of money laundering didn’t become illegal until the 1990s, when unusual large banking transactions were becoming more apparent throughout most western nations. Crimes are now punishable with imprisonment for a set term in the United States. A federal conviction can also result in a fine up to $500,000, twice the amount which was laundered, or more.

In the UK, money laundering costs the country approximately £24b every year. Under the Proceeds of Crime Act, criminals who get caught can face up to 14 years in prison, as well as an unlimited fine.

In China, which is home to the world’s gambling capital of Macau, criminals caught money laundering will face a prison sentence of up to 10 years, with a 20% fine on the total amount laundered.

All countries have their own way of dealing with criminals and operations caught money laundering. But generally the punishment will include a large penalty complete with many years of jail time.

Prevention measures are also quite different in various countries. In the U.S., transactions greater than $10,000 are required to be reported to the relevant financial authorities. These include banks, credit companies, insurance firms and others.

These financial institutions must take specific steps to verify their clients and customers are genuine. They are also required to file a report to the relevant financial crime agencies if they suspect anything unusual. These are then investigated further to establish whether any action needs to be taken from that point.

Why Casinos Are A Magnet for Corruption

If you’ve ever seen the 1995 movie Casino by Martin Scorsese, you’ll probably have a good idea as to how casinos are utilized to funnel profits illegally. In some parts of the world, particularly in places like Cambodia and Macau, this is a very real scenario. The reason being that casinos are producing huge cash flows every single day, and transactions are passing through banks with a high degree of anonymity.

Casinos are also an attractive target for money launderers because these establishments don’t particularly care who is entering the venue, so long as they are spending money and not causing any trouble. Even though casinos are required to file any suspicious transactions these days, reports are carried out at the discretion of the individual responsible. In some cases, they may refrain from reporting certain activities to preserve a good relationship with a client. Especially if they are a high roller.

Money laundering is becoming less probable as time goes on, but this is mainly due to casinos upping their security, and enforcing stricter rules. These include things like identity checks and setting alerts on transactions which have gone over a certain threshold. In online casinos, it’s much easier for the operators to monitor and keep tabs on unusual player behavior. This is because all records are stored electronically, such as payment transactions and betting activity, which in turn, makes suspicious behavior much easier to detect. 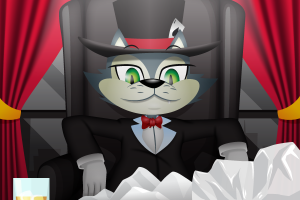 Al Capone a.k.a the original Scarface, was an infamous mobster back in the 1920s. He was also notorious for hiding his illegal earnings from a laundromat network, along with profits made from the illegal trading of liquor during the prohibition period.

Unfortunately for him, it didn’t take long for the feds to notice that his laundry business was making disproportionately large sums compared to what was recorded in the books. Their confirmed suspicions eventually led to his prosecution in 1931, when he was convicted of tax evasion.

Despite all the past dodgy dealings he was caught out by the police for in the run up to these events; carrying a concealed weapon, vagrancy charges, and contempt of court for feigning an illness to avoid an earlier court appearance – it was his laundromats which finally put the legendary Al Capone in the slammer.

With 21st century technologies and safety measures in place, money laundering is becoming increasingly more difficult to get away with. However, with the rise of things like cryptocurrencies, which aren’t regulated or governed by any particular organization, digital currencies could lead to a new approach and way of avoiding tax evasion. In places like Canada, China and Russia, anti-laundering laws for digital currencies are being heavily discussed. As these platforms continue to see a surge in users, it will be interesting to see what roadblocks will be put in place to prevent criminals from using them to launder money. Only time will tell!