What is Angle Shooting in Poker and How to Avoid It

Poker is a game that’s played towards specific rules, but there are tons of useful tricks — or cheats should we say — that players have used to give themselves the upper hand over the years. From marking cards to using a bot to play online poker games, these are all considered pretty unethical moves to gain an edge over the competition. And if a player gets caught engaging in such foul play, it can cost them the entire game or tournament.

Another move which isn’t exactly classed as cheating in poker — but is considered a highly shady practice — is known as “Angle Shooting.” In Layman’s terms, this means performing a move that gives a player an unfair advantage over their opponents. In this article, we’ll outline what angle shooting entails and why it’s so heavily frowned upon in the gambling industry.

What is Angle Shooting? 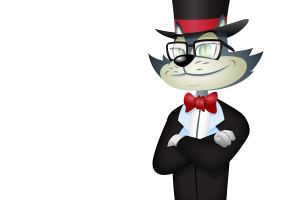 As mentioned, the purpose of angle shooting is to provide a player with some sort of advantage over the opposition. But it’s something that cannot be achieved by playing the game fairly per se. Some examples of angle shooting include:

Even though all of these things spell ‘cheater’ to most, it isn’t technically cheating, which is the main cause of people’s frustration. If you were caught stealing chips or marking cards, you could immediately bank on being chucked out of the venue. Angle shooters, on the other hand, are crafty individuals who ensure they still stick to the rules but are able to bend them to a degree.

Despite the fact they aren’t doing anything wrong, it ruins the enjoyment for others and can result in players — who are happy to play a clean game — losing money to people who are essentially prepared to dupe their way to victory. 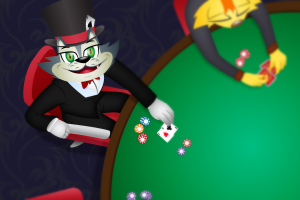 Fortunately, it’s not possible to angle shoot in online poker games. But in live tournaments, you should be wary and highly observant of angle shooters. The following examples are the tricks players have used to gain an edge in poker games:

The Ambiguous Check – A player who sits at a table and is unable to keep their hands still, making vague facial expressions, or dropping comments that are indefinite like “I’m beat” or “you got this!” could well be attempting to trick other players into believing they are about to lose the round. Both of these could indicate that a player is testing their opponents to see how they will react to the news of them not doing so well at this stage, when in fact, they are simply trying to gauge new information to give themselves an edge.

Falsely Folding – Another technique used by angle shooters is the false fold. This is a move where the deluder nudges their cards forward on the table, making his or her opponents believe that they are about to fold their hand. Typically, they will use subtle signs and body language to indicate when this is about to happen. The sole purpose of this move is to make other players consider flopping their hand, then at the last minute, they raise their hand to declare that they never wanted to fold. Another part of this trick is when a player puts their cards face up on the table; giving the impression they are about to call. Again, the angle shooter will sit there in the hopes that other players will fold their hand, then declare that they never intended to muck their own.

Fake Raising – Like the false fold, some players also try to give their opponents the impression that they are about to raise their hand. In some land-based casinos, players are allowed to raise if they put double the amount of their stake down on the table and make a non-verbal declaration. This makes other players believe that a person has the best hand, and therefore causes them all to fold. If the other players do not fold, the dealer will realize that the amount put down isn’t enough to match the raise when they count the chips; therefore, they can remain in the game. The best way to avoid getting caught out by this is to only react on a fold once the dealer has confirmed and announced the action. It’s also worth calling the dealer if the deceiver is known for doing this!

the Big Chips – Another common tactic of angle shooters is to keep their big denomination chips concealed purposefully. This fools the other players into believing that they only possess a stack of low-value chips, which in turn prompts them to go all-in with theirs. It’s only from that point where the angle shooter makes the call and slides their high stack of chips from behind that the others can only sit there in despair. Even though this is one of the most immoral moves someone could pull in poker, there’s still nothing anyone can do to stop them from doing it as it’s still within the rules.

How to Avoid Angle Shooters 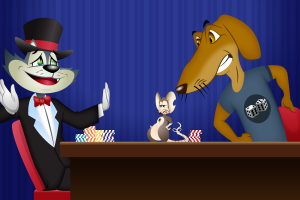 Even though it’s not illegal, angle shooting is still the kind of behavior no casino wants in its establishment. Here are some other precautions you can take to ensure you and others don’t fall victim to their tricks:

Players may try to use angle shooting tactics to ensnare their competition, but luckily, there are always methods you can use and casino officials you can rely on to prevent it from happening to you.