With the massive success of tribal mega-resort casinos like Mohegan Sun and Foxwoods Resort, people might get the idea that all Native Americans are rich thanks to tribal gaming. But after sorting through a long laundry list of regulations, administrative salaries, and strict profit distribution rules, not many come out with a windfall of cash.

How Tribal Casinos Were Legalized 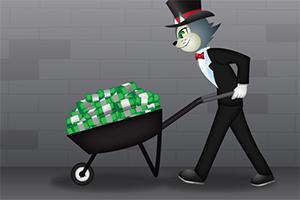 In the 1970s the Seminole tribe of Florida opened a high-stakes bingo operation, which quickly caught the attention of Florida authorities. As gambling was illegal in Florida at the time, they tried to shut down the game. After appealing to the Supreme Court, the Seminoles won their right to gamble on their own reservation lands (which are federally-granted territories within states), and that states did not have to right to meddle in reservation affairs.

With a few landmark court decisions involving tribes in Florida and California, the stage was set for Native American gaming. But that doesn’t mean the millions started flowing overnight –setting up tribal casinos involves tribal compacts with the state, casino licensing, and most of all: lots of money.

There are 562 federally-recognized tribes in the U.S., but only 200 operate casinos. Some refuse to participate due to their beliefs, while others simply lack the resources to finance a large casino. The rules of tribal gaming say that casinos must be owned by the tribe, not outsiders. This is to ensure that organized crime elements don’t gain a foothold, but it also follows state laws regarding the operation of casinos on reservations.

Over 150 tribes are seeking federal recognition right now, though many say they are just looking to cash in on the tribal gaming action. The 1988 Indian Gaming Regulatory Act (IGRA) also says that individual Native Americans cannot operate casinos, only tribes can operate casinos. Tribal gaming is not an individual right, but a government action, which involves tribal leaders as well as state and federal officials.

Contrary to popular belief, not all tribal casinos are mega-resorts like Foxwoods Resort, one of the largest casinos in the world. Many tribal ‘casinos’ are merely smoke-filled trailers with a few table games, hardly a money-making machine. The prohibitive cost of building casino resorts keeps the majority of Indian reservations off the casino map.

Casinos are also separated by classes, and Class III casinos have the most stringent hoops to leap through. In addition, reservations located in remote areas far from major cities do not usually develop casino resorts. Tribal casinos can receive support and investment from other tribes (like the wealthy Seminole tribe, which owns the Hard Rock International brand), but investors usually choose reservations near state lines or densely-populated areas for maximum drawing power.

Many Fingers in the Pie 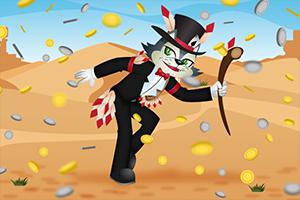 Once a tribe finally has the paperwork and cash to embark on a casino project, the tribal leaders must still get together to determine how the money is distributed. And it is not distributed equally. Just because an individual is a member of a tribe which operates a casino does not mean they receive a free cut of the cake.

Tribal-State compacts are agreements which outline the rules and regulations for operating tribal casinos. Each state has different conditions, licensing fees, and percentages of the profits. While states can’t officially ‘tax’ reservations, they usually just couch their cut in language like ‘licensing fees’ and ‘slots revenues.’ As part of their deal with the State of Connecticut, Foxwoods Resorts pays 25% of its slot revenue to the state. Since the resort is 4.7 million square feet, with 380 gaming tables and 6,200 slot machines, the state does take a sizable bite of the profits.

Also, in the rare cases where individual tribe members each receive a payment from the profits, the federal government takes its own tax out of these payments.

After the state takes its cut and all expenses are paid, any net profits are subject to strict rules regarding distribution. According to the IGRA, gaming net profits can only be used in the following ways:

2) Provide for the general welfare of their members

If a particular tribal council wants to hand out individual payments to members of the tribe, they must get approval from the Secretary of the Interior. Of the 200 tribes operating casinos, only 70 tribes give per capita payments from gaming revenue. And of these few tribes, the payments range from a few hundred dollars to a few thousand dollars per year; hardly the cash windfall many people imagine.

Fortunately for some of the poorest members of a tribe, some casinos have decided to ‘provide for the general welfare of their members’ via direct payments. In very few exceptional cases, these payments have even been large enough to be life changing.

According to a long-term study on the Eastern Band of Cherokee in North Carolina, researchers saw a profound change in the lives of tribe members who received regular casino payments. In 1992, Duke University researchers began to study the effects of poverty on the Cherokee families in Cherokee, North Carolina. When the tribal casino came along, promising to disburse payments to their tribe members, Professor Jane Costello saw the opportunity for a “natural experiment” as a result.

The Eastern Band of Cherokee Native Americans opened a casino in the area, and promised all 15,000 tribal members an equal cut of the profits. The first casino was more of a glorified arcade of slots along a forgotten highway, and the first payments came to a single yearly payment of only $595 for each member of the tribe.

But the casino has grown, and in 2016, every tribal member received around $12,000. The casino also sets aside payments for Cherokee children, to be cashed out when they turn 18. Some young Cherokee adults found over $100,000 waiting for them, enough to fund college education, business interests, or investment in the future.

When Professor Jane Costello of the Duke University Center for Child and Family Policy analyzed the results of years of research, she discovered a bigger truth. By studying the long term effects of poverty on children, she found marked improvement in the mental and emotional well-being of Cherokee children whose families received payments of only $4,000 per year.

Professor Costello applied detailed psychological assessments of adolescent Cherokee children and continued the comparisons through adulthood until age 30, and compared these results to children who had never been poor. Children at the poorest levels were prone to violence at home or school, behavioral disorders, anxiety, depression, and substance addiction.

But the children whose families received regular money from the tribal casinos showed a 40% decrease in behavioral problems as well as fewer drug and alcohol issues. When the research began, Costello did not think that the small amounts of casino money would make a difference in what she saw as “such a pit of poverty.”

After witnessing the major changes in the lives of the Cherokee families who received unconditional cash transfers, Costello found evidence of the effects of a larger political experiment: a universal basic income. “I suddenly thought, ‘Oh my god,’” Costello said.

Professor Costello’s research led to a testimony before the U.S. Senate Committee on Indian Affairs regarding the importance of investing in children. In addition to a decrease in behavioral problems associated with poverty, the Cherokee children who received tribal casino money had fewer teen pregnancies, were more likely to finish high school, and most went on to secure better jobs.

Since the research and the testimony, the current political environment has shifted dramatically toward conservative policies. While the income of the top 1% of Americans has tripled in the past decade, the income of the average family has flatlined.

While a conservative government balks at handing out any form of payment to the poor, society will end up paying for the results of an impoverished population. The costs of rehabilitation, incarceration, and drug addiction are paid by everyone. In her testimony before the Senate Committee, Professor Costello summed it up:

“When it comes to raising children to be independent citizens, we pay now or we pay later.”