A Basic Guide to Playing Pachinko

Pachinko is Japan’s primary gambling indulgence and although the game has been around for almost 80 years, the country’s dedicated Pachinko parlors still continue to encapsulate Japanese gamblers with their flamboyant, loud and colorful machines. In this article, we’re going to talk you through how to play Pachinko in a land-based casino as well as online, so that you’ll be well prepared if you ever decide to give it a try.

Where It All Began

As the game is less than a century old, its origins and roots can be summed up quite quickly. The first machines were introduced in the 1920s, with the first parlors coming just a few years later as more went into production. However, all of Japan’s parlors were closed down in the WWII period and didn’t reopen until around 1948. For many years, Pachinko remained a mechanical game with levers and pulleys. Then in the 1980s, electricity was used to power the lights and indicate if the balls had run out or the machine wasn’t working. These days Pachinko machines have gone from being available in a handful of selected parlors in Tokyo to fully-fledged Pachinko gaming facilities across the entire country.

How To Play Pachinko 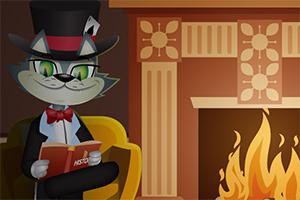 Pachinko is a straightforward game which is a hybrid cross between slots and pinball machines, so the mechanics for playing are very similar for both. In order to play:

It’s worth mentioning that in many modern-day Pachinko machines, players may be presented with another jackpot scoring round known as koatari. This gives players the chance to increase their kakuhen percentage through a series of battles with an in-game enemy. If the player wins the battle, they get another koatari round to increase the jackpot even more. If they lose, they are thrown back into jitan mode to resume the game from there.

How Prizes Are Exchanged for Cash

The reason why players aren’t able to win cash directly at a Pachinko Parlor is that it’s technically illegal to gamble for real money in Japan. So instead, the kinds of prizes offered are usually anything from chocolate bars and cigarette lighters to novelty gold bracelets and watches encased in cheap plastic. Hardly much to get excited about, right?

However, due to several loopholes in the country’s legislation, Pachinko players can theoretically get away with exchanging their tokens and prizes for real cash, so long as it’s with a third party vendor that isn’t associated with the venue in any way. These token exchange places are mostly other Pachinko parlors owned by the country’s most notorious crime ring, the Yakuza. But, since police cracked down on these criminal organizations in the 1990s, the prize exchange is now mainly handled by the Tokyo Union Circulation, where exchanging prizes for cash is legally permitted. 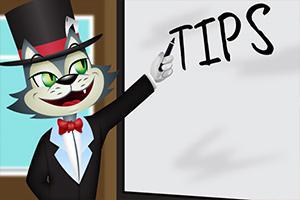 Pachinko can be found at selected online casinos as well as parlors. So if you ever decide to give it a shot yourself, here are some top tips to maximize your gameplay and bankroll.

Play a Low Variance Machine – If you’re new to playing Pachinko, a good way to get familiar with the game and how it works is to go for the novice machines first. These usually have a low volatility which means that they payout less, but more often. If you’re planning to play the game online, feel free to make use of the online casino’s instant play option to get used to it first, as the betting denominations are usually smaller.

Stick to One Machine – A common tip for playing land-based slots is to stay at a machine if it’s ‘hot’ and leave if it’s ‘cold’. The same applies to Pachinko machines. Although parlor owners aren’t allowed to tamper with the payout frequency, naturally if the machine hasn’t paid out for a while, it’s worth moving onto another machine with more promising odds of a payout instead.

Be Selective With the Layout – Again, if you’re a beginner to playing Pachinko, it’s probably wise to pick a machine or game with a more simplistic layout. Some of these machines contain several obstacles, cups and pins which can be overwhelming to players who aren’t Pachinko veterans. Even if the jackpots are smaller in machines with simpler layouts, you’re still giving yourself a better chance of winning this way.

Pachinko can be an exhilarating game packed with suspense at times, but it’s not a common game you’re likely to find at your local casino, and you’ll only ever really get to experience the real glamor and glitz of playing if you head to Japan. There are, however, multiple online casinos offering virtual versions of the game which can be played for free and for real money – so unless you want the hassle of trying to trade in cheap, knock-off prizes in the back alleys of Tokyo, it’s probably better to stick to the online version anyway…