What Are Pocket Pairs and How to Play Them?

Pocket pairs can be incredibly profitable when it comes to poker hands. Nevertheless, if you fail to play them right, your bankroll could take a severe beating. If you’re entirely new to pocket pairs, let us briefly explain what the term means before teaching you how to play them.

In poker games like Texas Hold’em, players often receive two cards of the same ranking, like a 4-4 or K-K. When this happens, you have been dealt a pocket pair. Obviously, the values are vastly different for each of these pairs, but they both belong to a subgroup of pocket pair poker hands, which are broken down below: 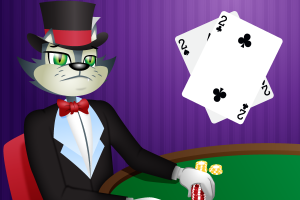 Smaller pairs, also known as pocket sevens or lower, are made up of low-value cards, specifically 2-2, 3-3, 4-4, 5-5, and 6-6. If you get any of these pairs in your hand, you have a reasonably strong chance of winning a one-on-one confrontation against any overcards. However, these pairs do pose several major risks: if three or more players notice the flop, your only real chance of winning after that is to make a set. On top of this, about 88% of the time you won’t even get the set you want to flop, which can leave you vulnerable if there is a 3-bet or a raise in front of you.

In most poker games, hands 7-7, 8-8, 9-9, and 10-10 typically play like smaller pairs. When you have one of these middle pairs, you’ll only be up against one overcard instead of two the majority of the time. The downside is that these hands tend to be more troublesome than smaller pairs. That’s why the general rule of thumb is that unless you flop a set or have a fair draw (i.e., the board is 4-5-6 and you have 7-7), you should aim to get out as quickly as possible. 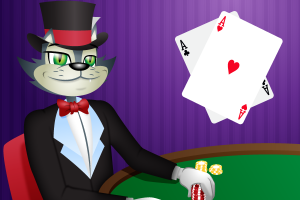 Premium pairs are hands that feature J-J, Q-Q, K-K, A-A. These play similar to middle pairs, but they occasionally carry the advantage of being able to hold their own against another player who has hit on part of their hand. Pocket jacks can still be a good pair, but queens upwards are naturally the best with premium pairs. If there are no overcards to account for, your hand will be even stronger. The value of your hand also increases as other players flop their hands.

Face Card Pairs and What They Mean

Jack-Jack – This is considered the hardest hand to work with in no-limit poker games. Even though these are face cards, a pocket pair of jacks is the one that is most vulnerable to other hands. It’s only worth playing this pair in a post-flop situation. If it’s a pre-flop, there really isn’t much point.

Queen-Queen – A Q-Q is the third-best hand you could possibly start with in Texas Hold ’em. If you have this pair, we advise you to play it ruthlessly. Follow this up with a significant raise, then wait to see if the flop includes an ace or a king prior to deciding your next move.

King-King – K-K, aka a ‘cowboy pair,’ is the second-best strongest hand in poker, but it still ranks under a pair of aces. This is because even a novice playing an ace and a 3 still has a 30% probability of beating your hand. Be mindful when a pocket pair of kings makes its way to your hand, as it can lead to losses quickly.

Ace-Ace – A-A, commonly referred to as ‘pocket rockets’ is the very best position you could be in because you’ll never be up against a higher overcard. However, like all the premium cards we’ve mentioned, you still need to know when to drop them. What’s more important is that you should play this hand out quickly. If not, you run the risk of someone else hitting a stronger hand and doing you over cheaply. Out of all the pairs, this is the one that will either win you the hand or ruin your way to victory. 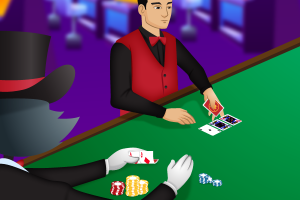 Now we know the face card values and the three categories that every card falls into, let us talk about the different moves you can make in poker when you have a certain pair. We’ll begin with what is considered the worst possible action, which is also an accurate example of misplaying a pocket pair:

Calling “all-in” when you’ve only got a small pair – Calling instead of betting — or deciding to raise all-in just yourself — means you can only win by holding the best hand at the table. By betting or raising, you’ve then given yourself two potential chances of winning; again, by holding either the best hand or convincing your opponent to fold his own. The latter is generally much more advisable.

Pocket pairs vs. overcards – Let’s say you have a pocket pair of sevens or pocket deuces, and there are two cards (such as A-K or J-10) that you’re up against. In this scenario, you’re so far in the most favorable position to win — only by a small margin, though.

The main ways in which your pocket pair can lose in this instance are as follows:

Despite the above, there is one scenario where your pair will have the upper hand: if you’ve got a Q-Q to go up against an A-K hand, this puts you in the only situation where a pair against two overcards is actually favorable. With a pair of queens against this particular hand, your odds of winning are roughly 57.2%. The reason being that your pocket queens significantly reduce the odds of the A-K achieving a straight because a queen is still needed. With you already having two of them, your winning chances are naturally much higher.