CoolCat Casino > Casino News > Find Out What Blockchain Technology Is

Learn the secret behind what makes Bitcoin work: blockchain technology and why it’s so dang important.

You’ve probably heard of Bitcoin. Heck, if you wanted to play our newest slots for real money, did you know you could do it with Bitcoin on CoolCat Casino today? You may have even heard of its digital currency competition/companion, Etherium. But really, what are all these people talking about? How does this stuff work? With online casinos as the new craze, cryptocurrencies like Bitcoin are well poised to take the new world by storm. So what, exactly, is it?

In the world of today, there are an increasing number of digital currencies (also called cryptocurrencies) popping up all over the place. The technology behind it is, in many experts minds, poised to revolutionize the way global transactions are conducted across a range of industries.

The world of Bitcoin is here to stay, but in order to understand and fully make use of these new forms of digital currency, it’s important to understand the basic building blocks (ha, get it?) that make up the system, allowing everything to work smoothly. 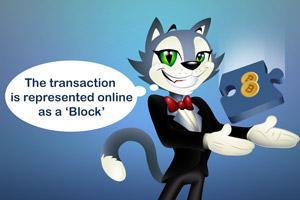 At its core, blockchain technology works like a global, public accounting ledger; one that’s open to view not only by both parties, the payer and the payee, but to everyone. The identities of participants in a transaction are protected by cryptography so individuals remain anonymous, but the transaction itself remains visible on the blockchain for the world to see.

Once a transaction is verified, it is sealed in a block. This block is added to another block preceding it which is then connected to all of the blocks that have ever existed before that; hence the name blockchain.

All the transactions that have ever taken place are registered in this Blockchain chronologically. This register doesn’t exist in one place but on a peer-to-peer computer network, i.e. on millions of networked computers around the world simultaneously.

This means blockchain technology is highly decentralized, with no one person, institution or country controlling it. Due to the fact that everyone can see the information, which exists throughout the network and is updated in real time, to say it’s hard to trick the system is a bit of an understatement.

As Dan Tapscott, author of Blockchain Revolution, recently explained to PBS Newshour, to hack the system you would have to “hack that block and the previous block and the entire history of commerce on that blockchain, not just on one computer but on millions of computers simultaneously, all using the highest levels of cryptography, while the most powerful computing resource in the world is watching me.”

In a nutshell, the blockchain is a highly processed, at once public and private, thing.

Technically, the first work that was done in this area was done in 1991 by Stuart Haber and W. Scott Stornetta. In 1992, they started using Merkle trees with their Blockchain (a concept a bit too technologically complicated to go into here), in order to keep several documents in each block, and improve the efficiency of the chain.

But they aren’t the first people to come to mind when digital currency is discussed. That honor belongs to someone named Satoshi Nakamoto.

Who is Satoshi Nakamoto? 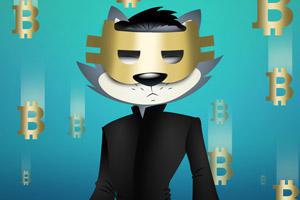 Satoshi Nakamoto was the first person to use blockchain to its full potential; the first person to create meaningful value for digital currency, and whose identity remains quite a mystery. All we know is what Satoshi himself has said: he was born April 5, 1975, and he lives in Japan.

Actually, there is one other interesting thing we know about Satoshi Nakamoto: he’s believed to own upwards of one million Bitcoins. Which puts his net worth at over $1 Billion.

In 2008, Nakamoto used blockchain technology as the main element of his new digital currency, Bitcoin. Armed with this powerful technology, capable of facilitating transactions without needing a centralized intermediary, like a bank or a broker, Bitcoin quickly became a worldwide phenomenon, and its value was universally recognized.

Back in 2010, during Bitcoin’s infancy, a developer used the new currency to pay for two pizzas. He spent 10,000 Bitcoins. Today, that same number of Bitcoins is worth over $43 Million. Of course, since Bitcoin is still a newcomer to the market, don’t expect that value to stay in the same spot: it’s incredibly volatile. Still, if you wanted to, you could use fractions of a Bitcoin to head to the roulette table on CoolCat Casino right now.

Why does Bitcoin blockchain matter?

The implications of this new way of dealing with currency are only beginning to be felt. The Harvard Business Review stated that Blockchain is a foundational technology with “the potential to create new foundations for our economic and social systems.”

Now, I’m not saying that paper money is going away anytime soon, but it’s a whole new Wild West of digital currencies out there, and the savvy consumer and investor would be wise to learn more about what they are, how they work and why to use them.

Moreover, the security and privacy of blockchain means the technology itself is poised to revolutionize not only the world of finance and commerce, in the form of digital currencies, but countless other industries. It’s already hit the online casino world, CoolCat Casino already accepts Bitcoin. Tapscott envisages a world in which blockchain technology can be used to transfer essentially any kind of asset, from personal data to intellectual property, without the need of an intermediary.

“The blockchain is an incorruptible digital ledger of economic transactions that can be programmed to record not just financial transactions but virtually everything of value.” – Don & Alex Tapscott, authors Blockchain Revolution (2016)

Meanwhile, blockchain technology is thriving as the backbone of a host of digital currencies, with Bitcoin the clear leader for now. And even though one Bitcoin is worth over $4,000, people can still use just a small portion of a Bitcoin to make purchases, like buying a coffee, by use of an online digital wallet.

One of the most popular ways to use these small amounts of Bitcoin is to make deposits at an online casino, since the immediacy of Bitcoin generally allows for faster withdrawal of a player’s winnings. Beyond that, due to the money that the online casinos can save by processing their transactions through Bitcoin, they offer enormous bonuses to players who have it.

Just to bring it home, let’s do a quick summary. Blockchain is the way that digital currencies manage their transactions, and keep all their data secure. This is important, because due to the blockchain’s use of a peer-to-peer network, it doesn’t require any centralized place for its currency to be managed.

The first digital currency to use blockchain technology was BITCOIN, which is the most valuable digital currency in the world today, and is the benchmark against which all new digital currencies are measured. Bitcoin was created by the mysterious Satoshi Yakamoto, and has risen in value from pennies on the dollar, to thousands of dollars for a single coin.

Bitcoin is useful to learn because it’s an emerging force in the new world economy, and it can be beneficial for online transactions. Online gambling is a popular choice for using Bitcoin, and players that take advantage of the fact that online casinos prefer transactions to be done through Bitcoin are able to enjoy abnormally large bonuses.

So log on to CoolCat Casino and start playing your favorite games for bitcoins today!