Macau revenues up nicely in May

It seems the express strain of growth in Macau casino revenue is showing no signs of slowing down, as the former Portuguese enclave posted an impressive 12% rise on casino revenues year-on-year for the month of May to chalk up $3.16 billion in earnings. 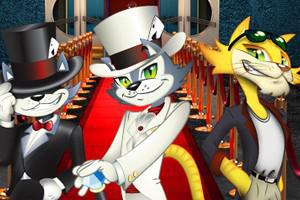 While falling short of the 16-20% growth forecast by analysts, the numbers were still solid, but expectations of ever higher profits lead to a fall in casino stocks across the board, with the Las Vegas Sands down 0.71%, Melco Resorts and Entertainment down 2.24%, Wynn Resorts down 3.3% and MGM China Holdings down 4% in end of the week trading.

The results, however, come as Macau has seen 22 straight months of year-on-year gains. Prior to that casinos in the Special Administrative Region of the People’s Republic of China has been hit hard by a Chinese government crackdown on whales heading to the island on junkets, that saw casino revenues fall precipitously. Gains were not seen again until 2017, when, as the government crackdown eased, revenues were up 19% year-on-year to hit the $33 billion mark, still well below the gambling hub’s heyday of $43.7 in 2013.

Analysts now believe that the market should fully recover and return to its pre-crackdown growth rates by 2020. Lawrence Ho, CEO of Melco International and son of now retired Macau casino tycoon Stanley Ho, explained that the government crackdown was primarily aimed at curbing extravagant behavior by state officials and an attempt to end certain levels of government corruption. Macau gambling revenues were simply collateral damage he said. ““The middle class and wealthy individuals in China, who didn’t do anything wrong, have realized they’re in the clear, and can now go back to living upscale [lives] and having fun,” Ho was quoted as saying.

At the same time mass demand remains strong, despite some worrying signs. Last week Macau monetary authorities ordered the removal of cash back machines from casino premises, leading certain analysts to fear another potential crackdown. Local banks, however, responded by saying the machines were removed as part of a regular maintenance program, assuaging some investors’ fears.

Japanese investment bank giant Nomura has gone on record as saying that the move to withdrawal the machines has “had little near-term impact on overall demand”.

Wynn Resorts is being sued by the former owner of land under the Encore Boston Harbor. Anthony Gattineri, a former minority owner of the land is claiming in a lawsuit that Wynn resorts has failed to honor a deal that would have seen Gattineri pick up an additional multimillion dollar payout once the casino was granted a gaming license.

In his court filings over the handshake deal, which was made with out the knowledge of Massachusetts Gaming Commission, Gattineri explained that in June 2014, but a few months before Wynn would be awarded the coveted casino license, he met with Robert DeSalvio, president of Wynn Massachusetts and demanded his share of the original offering price.

Back in 2014 when the land,  33 acres on the Mystic River, was sold for $35 million the sale itself was ensnared in a controversy over the co-owner Charles Lightbody. Lightbody was a convicted felon and his ownership stake prompted the Massachusetts Gaming Commission to require the land only be sold at market value in an attempt to make sure that Lightbody couldn’t profit off of the the state’s casino industry. As a result the price was slashed from the initial $75 million asking price to $35 million.

The Gaming Commission then asked for assurances that Lightbody had been bough out of the land owners consortium but Gattineri refused to play ball, arguing that the market value of the land was well above $35 million, even to a non-casino developer.

“His refusal caused a potentially fatal problem for Wynn’s licensing prospects,” the complaint says as reported by the Boston Herald.

“Robert DeSalvio then made Anthony Gattineri the following offer: if Anthony Gattineri signed the required Certificate and Wynn obtained the casino license for a casino …Wynn would “make Anthony Gattineri whole” by providing him with his percentage of the purchase price reduction (which is $18,676,000),” the complaint says, according to the Boston Herald.

Gattierni now argues that while Wynn has acknowledged the deal, they have completely reneged and are refusing to pay up.

“Mr. DeSalvio did not deny that Wynn owed Mr. Gattineri the money to make him whole,” the complaint says. “Wynn, however, has refused to either make the agreed payment to Anthony Gattineri or to make arrangements to do so. It now seems painfully apparent that Wynn never had any intention of honoring its agreement.”

An Encore Boston Harbor spokesman has called Gattierni’s claims “implausible” and reiterated that Wynn would vigorously defend themselves against the suit.

The Gambling Commission, while saying via a spokesman that they were aware of the suit has declined to comment on the case.

The lower house of the Michigan state legislature has passed bills that would allow state residents over the age of 21 to engage in online gambling. The bills would require online casino operators in the state to obtain state issued licenses and would impose an 8% tax on all online gambling revenues.

“It will allow internet gaming as it relates to all of the currently allowed games in a brick-and-mortar casino, that’d be poker, roulette, black jack, craps,” Rep. Brandt Iden, the lead sponsor on the bills, told the Detroit News.

Tabling of the bills and the respective vote comes on the tails of a U.S. Supreme Court decision in the case of Christi vs NCAA, in which the nation’s highest court ruled the Professional and Amateur Sports Protection Act, the law that had limited legal sports betting to four states; Nevada, Oregon, Delaware and Montana, unconstitutional, de facto opening the floodgates on legalized sports betting across the country.

Since the ruling state legislatures have been scrambling to pass laws permitting sports betting in their state and ensuring effective regulations and licensing rules are in place.

The move in Michigan to legalize online gambling can largely be seen as the state’s attempt to keep up with the times and take advantage of additional revenue streams now that aggregate American public opinion seems to be supporting American’s right to gamble.

The bill, currently pending in the state Senate, is not likely to go to an upper house vote until Autumn.