Industry experts predict that Americans will wager some $10 billion in the coming weeks on the March Madness college basketball tournament, with the vast majority of it illegal. That’s right, as punters across the country eagerly await an upcoming U.S. Supreme Court decision that analysts believe is likely to overturn the ban on sports betting nationwide, American sports fans will go right on betting billions, legal or not.

The fact is Americans love to wager on sports. A survey conducted by the American Gaming Association found that approximately 54 million people, essentially one-fourth of the adult population in the United States, engaged in sports betting. Most betting is done in the form of sports pool betting, at the office, community center or local bar and is, defacto, illegal across the country with the exceptions of Nevada, Montana, Oregon and Delaware, the states given an exception to the Professional and Amateur Sports Protection Act (PASPA) act that outlawed sports betting on the national level back in 1992. 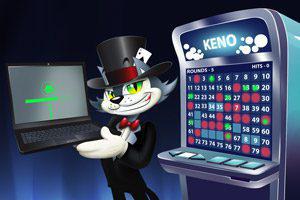 The current case before the U.S. Supreme Court, Christi vs the National Collegiate Athletic Association, arose after New Jersey residents voted to legalize sports betting in the state in 2011 and the state legislature passed the referendum results into law in 2012. As a result, most of the major professional sports associations in the US, including the NFL, Major League Baseball, the NCAA, the NBA and the NHL sued the state of New Jersey under the PASPA seeking to force the state to rescind. The lower courts eventually ruled in favor of the NCAA and New Jersey Governor Chris Christi appealed to the US Supreme Court on behalf of the state.

Currently there is a large consensus among court observers that the Supreme Court is likely to find in favor of New Jersey in part thanks to the pro states rights atmosphere popular under the current Republican administration of Donald Trump and the Republican controlled House and Senate.

In anticipation of this, 18 different state legislatures are currently in different stages of debating legalized sports betting laws in hopes of getting in on what many expect to be a tidal wave of incoming tax revenue in the event the Supreme Court finds in favor of New Jersey and overturns PASPA.

The study conducted by the American Gaming Association found that only 3% or some $300 million of the estimated $10 billion in sports betting on the March Madness tournament in the US will be legally placed with sports books in Nevada.

“Our current sports betting laws are so out of touch with reality that we’re turning tens of millions of Americans into criminals for the simple act of enjoying college basketball,” said Geoff Freeman, president and CEO of the American Gaming Association. “The failed federal ban on sports betting has created an illegal, unregulated sports betting market that offers zero consumer protections and generates zero revenue for state and tribal governments.”

The UK National Lottery operator Camelot has warned users with online accounts to change their passwords after a security breech that saw some 10 million national lottery players accounts potentially compromised.

Camelot has said it is working together with the National Cyber Security Center after reporting the incident to the Information Commissioner’s Office and the police. The operator said it took immediate action once it was aware of the breech to inform over 10 million customers and place warnings on its websites. Camelot went on to explain that 150 player accounts showed some sign of nefarious activity including unauthorized logins and that some activity had taken place on the compromised accounts but that no customers had experienced any financial losses.

A Camelot spokesman was reported by Gambling Compliance as having said: “We would like to reassure our players that we do not display full debit card or bank account details on their online National Lottery accounts. We have suspended all of the affected accounts and have directly contacted these players to help them re-activate their accounts securely.We are also urging National Lottery players to change their online password, particularly if they use the same password across multiple websites. Protecting our players’ personal data is of the utmost importance to us.”
Camelot has a monopoly on lottery services in the UK and offers Lotto, EuroMillions, Thunderball, Lotto HotPicks and EuroMillion Hotpicks games to over 10 million registered players.

After its international casinos showed lack luster results and lukewarm mid-term prospects, Casinos Austria Group, monopoly operator of the state lottery and both brick and mortar and online casinos, has been trying to sell its international unit but a complex ownership structure may scuttle the deal.
With 10 casinos in Germany, 34 in Denmark, 3 in Switzerland and holdings stretching from Georgia to Egypt, Liechtenstein to Belgium as well as a casino operation in the Palestinian territories set to open “as soon as political circumstances permit”, the group itself is said to have a bright future.
Czech based international lottery operator Sazka Group, who has offered to pick up 34% of Casinos Austria Group, is not so strongly in favor of keeping the operator’s international unit and has come out in favor of spinning it off as soon as possible. At the same time, however, the Austrian Finance Ministry, which holds 33% of the group, is opposed to any sale of the international unit.

The international unit, which operates a total of 26 casinos across 13 countries plus four ship board casinos in the US, lost money from 2009 to 2015 and has shown less than exciting mid-term growth prospects. As many of its assets are in developing countries, currency as cash flow problems abound for the patchwork of assets held by the international group.
Casinos Austria Group shareholder Novomatic, an Austrian based company operating casinos in Germany and Poland, and one of a handful of interested parties, has hinted that it might be interested in buying the international unit but only in the event the Austrian state and Sazka can agree on a long-term strategy for the company.
With the Austrian state holding 33% of the Casinos Austria Group, any agreement on the sale of the international unit would be subject to the state’s blocking rights, adding yet another level of uncertainly to the deal.