Connecticut House Speaker Joe Aresimowicz has expressed doubts over whether the state legislature would be able to deal with issues relating to sports betting, casinos and online lottery sales until the 2019 session.

While not entirely nixing the possibility of a debate on bills related to gaming issues, the Speaker told media outlet the CT Mirror that the ideal way forward was for state lawmakers to develop a comprehensive approach toward gaming, an issue that will clearly take more time.

“I don’t know that we’re going to finish anything up this session,” Aresimowicz told the CT Mirror, referring to gaming issues. “There’s a lot of moving parts and not having a comprehensive plan makes it more difficult. I’m not sure where it lands.”

To give a leg up to Connecticut’s commercial casino industry in the face of mounting pressure from the MGM Grand casino currently being built in Springfield, Massachusetts, just across the border, the state’s legislature initiated a process that could see the Mashantucket Pequot and Mohegan Indian tribes receive approval for the construction of a new East Windsor casino in an abandoned movie theatre just off the 1-91 express way.

The project, however, has since become bogged down in a sort of legal no man’s land, as the legislature is hands bound on approving the project until the U.S. Department of Interior gives the go ahead to amendments calling for the tribes to share slots revenues with the state. So far, however, the Interior Department has held off on accepting or rejecting the amendments as long as the possibility of an East Windsor casino is in play.

The Mashantucket Pequot and Mohegan tribes, who are now suing the Interior Department to force a decision, currently own and operate the Mohegan Sun and Foxwoods Resorts Casino in southern Connecticut.

Some lawmakers have argued that the state should scrap the East Windsor plans together with the state’s revenue sharing deal with the tribes to focus on issuing a license for developing a casino in Bridgeport.

In essence, they are arguing for abandoning the tribes and the revenue sharing agreements to focus on legalizing the licensing of casinos is larger urban areas. East Windsor has a population of just over 11,000, with most of the potential casino business seen to come from travelers using the 1-91 express way. Bridgeport, on the other hand, has a population of over 145,000 and is surrounded by more extensively built up suburban areas.

Aresimowicz told reporters the question remains which approach would work best economically. A question to which no one seems to know the answer. “It can’t be a ‘just let’s do something for Bridgeport and hope it works out for the rest of Connecticut,” he told the Mirror.

At the same time, pressure is increasing for the legislature to give the go ahead to the department of Consumer Protection to draft regulatory requirements in the event the US Supreme Court overturns an existing law and paves the way for legalized sports betting across the nation.

So far, a draft bill approved by the Finance, revenue and Bonding Committee offers tribal casinos, the Connecticut Lottery Commission and licensed off-track betting facilities the opportunity to offer sports betting, the lottery to sell tickets online and gives the department of Consumer Protection the legal authority to offer new licenses.

However, with many key issues still in need of serious debate, Aresimowicz doubts any form of substantial action could be taken before the year’s legislative session ends on 9 May.

Global casino giant 888 Holdings has confirmed it has registered an appeal with Germany’s Federal Constitutional Court (Bundesverwaltunsgericht), the highest court in the land, after the Southwestern state of Baden-Württemberg banned its wholly owned German subsidiary from operating online gambling services because it did not have a German license.

The decision to appeal comes despite the wording of the Federal Administrative Court in Leipzig’s decision last November in the caser, that stated the ban in place on online casino games including poker and scratch cards did not violate the German constitution and was inline with existing EU treaties.

So as not to be shut out the lucrative German casino market, the Gibraltar-based online casino operator is now actively seeking redress in Germany’s highest court.

Despite having the highest gambling taxes in Europe, Germany’s largely state-owned casino sector has seen exceptional growth, topping $12 billion in revenues as far back as 2012 in land-based casinos alone. The size of the current market is difficult to estimate due to the presence of currently illegal online operators and the lack of current figures regarding Germany’s state-owner casino revenues, but analysts at Goldmedia estimate that between 2014 and 2017 the state lost roughly EUR 1.5 billion ($1.8 billion) in tax revenue from online casino, online poker and sports betting alone.

The 888 Holding’s subsidiary is arguing that the federal Administrative Court in Leipzig’s ruling violates both EU law and the company’s rights, specifically to offer services, under the German constitution.

In the past, online casino operators had to contend with Germany’s fragmented federal state system, which gives great leeway to individual states to regulate certain issues. Operators traditionally referred to Article 56 of the Treaty and Functioning of the European Union, limiting member states ability to limit trade in goods and services within the unions borders, when individual states tried to crack down.

EU indifference when it comes to gambling

To date, however, the European Union has done little to enforce Article 56 when it comes to gambling. In fact, at the end of last year the European Commission dropped all infringement cases pending against member states that involved gambling. This means that the Gibraltar-based holding company is going to face an uphill fight that looks to many like a long shot.

The Hail Mary lawsuit comes at a tough time for the parent company. In March the company issued a warning to investors that it may have to exit the German market entirely, which comprises a substantial part of its total revenue. Moreover, the company was recently hit by the UK regulator, the UK Gambling Commission, with a $11 million fine for failing to protect vulnerable customers and received a $45 million fine related to value added tax (VAT) irregularities in its German operations prior to 2015. 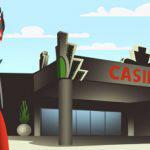 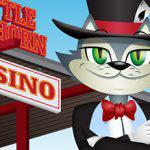