5 Types of Poker Players: How to be Successful Playing Online

Do you want to become a good poker player with the strategies of the most successful poker players online? Do you know what the different styles of play in poker are? Before getting into the specific personality types of poker players, let’s define the game we’re discussing: No-Limit Texas Hold’em poker.

Play poker games online at CoolCat Casino today!
Play now!
No Limit Texas Hold ‘em is a form of poker where you are trying to get the best 5-card hand. Every player is dealt two Hold Cards face-down, and the group uses the same five Community Cards from the center. After the Hold Cards are dealt, there is a betting round. The first three cards are dealt face-up; this is called the Flop. After the Flop, there’s another betting round. The fourth card is dealt, called the Turn. Another betting round takes place, then the final card called the River is revealed. One last betting round ensues, and the remaining players show their cards to determine the winner.

What makes No-Limit Texas Hold ‘em so exciting is that on any bet a player can push all their chips into the center and say they are All In. The only limit on your bet is how much you have. If this is your first experience with online poker we recommend that you try video poker for free before continuing. Those are the basics. Now let’s get into the 5 different types of poker players: 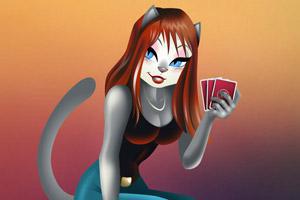 It’s okay to bluff. It’s actually a pretty essential thing to know how to do, but the Bluffer takes it too far. They don’t know how to read their opponents, so rather than bluffing based on how others are playing, they tend to bluff as a way to make the game more exciting.

This type of player often doesn’t know how to back down after starting a bluff, which can lead to them being sucked into an All-In situation with no hand at all. Now there are certainly some situations where it’s a smart move to bluff with an All-In, but the Bluffer doesn’t really understand how to recognize these situations. They are mostly just counting on luck.

The Bluffer is the type of person at the party who speaks before they think and doesn’t use subtlety. You never know if they are telling the truth or just trying to get attention.

Are they successful poker players?

No, they are not. The Bluffer doesn’t understand the poker game well enough to win consistently. Bluffers are often new players or players who are just really stubborn. 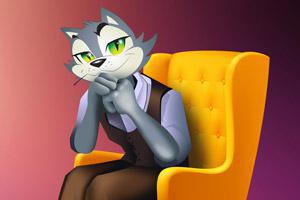 The Rock is a “tight-passive” player that doesn’t bet often. They almost never raise and because of this, if you see a Rock getting into a hand, you can be pretty confident they’re holding something spectacular. Proceed with caution.

The Rock is someone that bides their time. Sometimes it works out for them, and they get what they’re waiting for. Other times it feels like they missed out through their inaction. They’re a dreamer not a doer.

The Rock doesn’t play many hands, which means they don’t have to worry about the slow trickle of losses that can accompany a player eager to see every Flop. A Rock can come out on top if the rest of the table is aggressive: when everyone else is betting, the Rock can let their good hands sneak in with the rest of the crowd without alerting anyone by actually placing the bets themselves. The problem with playing a Rock is that due to the lack of betting other players are often able to see the Turn and the River without much cost, giving the Rock the chance to make a straight or a flush.
Free Sign Up! 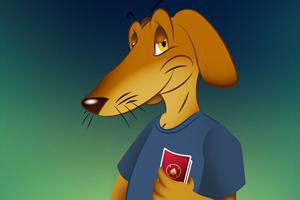 Lots of bets, lots of raises, but not many hands. The TAG is a “tight-aggressive” player who waits for a good hand then plays it aggressively. They have a couple of ways to win: either they win with their better hand or they cause more cautious opponents to fold.

The TAG knows what they want. They’re the kind of person who waits for an opportunity, then fully applies themselves. TAGs understand the value of patience, but when they commit they really commit.

If the TAG is playing with a group of players that know what they’re doing, there’s a good chance they’ll catch on to a TAG’s style and change their play to beat it. If the other players know a TAG is playing tight it’s easier to steal the blinds. However, as a strategy, the TAG style of play is the most profitable in the long term: bad hands are thrown away, and good hands are pursued with the support they need to make the win.

If you’re new to poker, or even if you’re a pro, the TAG strategy is a good one to use. If you’re really new to poker, try playing Video Poker first. It will give you a good overview of which hands beat which, plus the chance to win some cash. 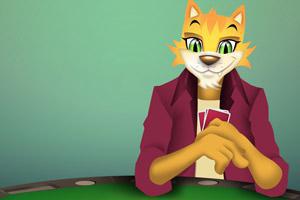 This type of player invests a whole lot of early interest with no real strategy. The Calling Station likes to see the Flop. Even if they still don’t have a hand after the Flop, they may call because they want to see what’s coming on the Turn or the River. They seldom bet or raise for fear of causing their opponents to fold nor do they want to push when others are playing. The Calling Station is just along for the ride.

The Calling Station is someone who just wants to be liked. They’re never going to say anything that might offend others, they laugh at all of your jokes, and they agree with pretty much everything you say. 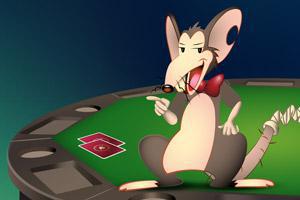 The LAG is a “loose-aggressive” player. They play a lot of starting hands, and they also like to bet and raise. However, they don’t often call. The LAG gets to see a lot of hands, which means that sometimes they hit a big one. They also bet even when their hands aren’t great. This means that other players have trouble reading them and figuring out what they’re doing.

There are successful poker players who use the LAG strategy, but it’s not something recommended for those who are still learning the game. A LAG has to be aware of their ratio of cash coming in and cash going out. Since LAGs are constantly playing and betting, they need to make sure enough of the other players fold to their aggressive moves to justify the cost.

The LAG is someone who knows how to read people. They’re incredibly enthusiastic but are still guarded with their own feelings. A LAG is someone you love to have around, but you have a hard time getting truly close with.

LAGs are successful poker players if they know what they’re doing. If you can read your opponents, keep a good poker face, and manage your bankroll with ease, then the LAG strategy could be for you.

So who’s the most successful poker player out of all the personalities?

Overall, it would be hard to avoid naming the TAG as the most successful poker player. The TAG can dominate over new players with aggressive bets as well as keep their bankroll safe from more advanced competitors. The TAG relies on patience, which can make the strategy hard to pull off. Whatever your level of play, the TAG strategy is one worth trying.

Honorable Mention: The LAG. LAG is a more advanced strategy, but many poker pros are able to make it work with smashing success. Just make sure you’ve had enough practice before venturing in with this high risk/high reward style of play.

So, which type of poker player are you:

If you don’t know yet, hop on to CoolCat Online Casino and find out what type of player you are up against!