At one point or another, everyone has heard of the iconic quintet, the epitome of cool, the Rat Pack. What more can be said? The golden voices, the sound, the look, and the flow of charisma was synonymous with the original kings of cool of Las Vegas. Cool was whatever these cats deemed, and for a brief period in the 1950s and 60s, five mortal men became immortal. They were talented, rich and handsome; ladies wanted to be with them, and men wanted to be them. Crooning the showgirls, laughing it up in the casino lounges, and attracting scores of fans from all over the country. Amidst the bright lights and smoky showrooms, the Rat Pack was an inseparable part of the spectacle of the Golden age of Las Vegas.

Want to know how it all started? Join CoolCat Online Casino to learn more about this suave and charming band of brothers in Las Vegas who helped solidify the definition of cool. During an era of social change, counter-culture and major shifts in American politics, the Rat Pack represented a blend of stylish post-war leisure and shifting social trends that would have a huge impact on popular culture, which is still felt today. Find out more about the ultimate cool cats with the allure of the Rat Pack only at CoolCat Online Casino!

Origins of the Rat Pack 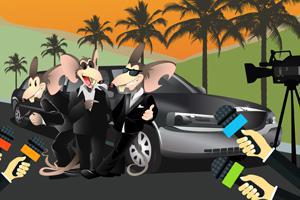 The original Rat Pack was conceived in Hollywood in the 1950s, when the iconic Humphrey Bogart would host nightly dinner parties in his Hollywood Hills home with famous pals like Nat King Cole, Jerry Lewis and Elizabeth Taylor. “Bogie’s” wife and famed actress Lauren Bacall is said to have coined the phrase Rat Pack after seeing Bogart return from Las Vegas late one night with a group of his close friends.

After Bogart’s death in 1957, the Rat Pack came to refer to a new group, a certain gang of legendary gents still revered to this day. The “post-Bogie” manifestation of the group consisted of the highly popular and talented performers Frank Sinatra, Dean Martin, Sammy Davis Jr., Peter Lawford, and Joey Bishop. They were all legends of the entertainment industry in their own right, but as a group they formed a powerhouse of talent. Performing everything from lounge songs, comedic acts, improvisation and dance, the popularity of the new Rat Pack became immense. However the new version never referred to themselves as the Rat Pack, but instead went by the Summit or the Clan. The Rat Pack was a term used by journalists and outsiders, and apparently was the name that stuck. 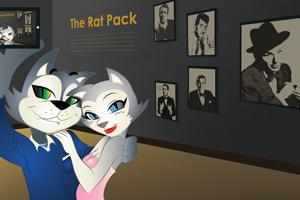 So who were the Rat pack members?

Frank Sinatra – or “Old Blue Eyes” had already solidified himself as a top tier entertainer in the U.S. from a young age; he seemed a natural fit as the group’s unofficial leader. With a dapper sense of style, trademark fedora, pulsing charisma and unforgettable singing voice, Sinatra was the coolest of the cool.

Dean Martin – had a voice that was as smooth as silk; and with his trademark bourbon in hand (although many friends would later claim that he didn’t actually drink alcohol onstage), Martin could turn on his sweet sense of charm and wit that would woo the audiences despite his looming and tall stature.

Sammy Davis Jr. – is considered to this day as the most talented member of the group. He could do it all. Whether singing or dancing, the seasoned show man could imitate his peers to perfection or the likes of stage greats like Fred Astaire; his spectacular stage performances included tap dancing, solo comedy routines and serenades.

Peter Lawford – the immensely popular Hollywood actor and film producer, and brother-in-law to would-be President John F. Kennedy. Lawford’s strong presence in popular culture as well as various political connections made him an indispensable member of the group.

Joey Bishop – a popular entertainer and comedian, Bishop completed the quintet, and eventually went on to become its longest living member.

With its members solidified there was no limit to what the Rat Pack couldn’t accomplish in Las Vegas. Whether performing on stage at the famous Copa Lounge at the Sands hotel and casino on the Las Vegas Strip, or starring in hit films of the era like Ocean’s Eleven, the Rat Pack presented a sense of style and talent that seemed unmatched. Backed by a phenomenal on-stage band, the Count Basie Orchestra, they defined cool and were even known to have a portable bar while smoking onstage.

They were all funny. Bishop mapped out the Rat Pack’s crisp and hip stage banter, Sammy Davis Jr. would perform the impersonations, Sinatra would sing, and Lawford and Martin would pack the punches with their surefire wit or charm the audiences with song.  Even a young Shirley MacLaine was considered an unofficial part of the group, and comedic legends like Don Rickles (a close personal friend of Sinatra’s) were part of the group’s antics that would later become stuff of legend.

The Heyday of the Rat Pack

Ever since Sinatra’s first appearance in the Copa Room of the Sands casino in October 1953, the venue became the regular hang out for the Rat Pack. They were the insiders of Las Vegas, the group that had the most exclusive access to Sin City’s ins and outs. It was of course no secret that the town had a heavy mob influence in those days, and that Sinatra called certain unsavory characters tied to the mafia friends. However, Las Vegas would continue to flourish thanks to the many lavish casinos, hotels and gambling halls. Round the clock high stakes tables, poker rooms, blackjack and slots, casino perks and comped drinks kept visitors rich and middle-class frequenting the various establishments along the Strip.

There seemed no stopping the Rat Pack, and throughout first half of the decade they were at the height of their powers. The list of celebrities who made appearances around the casinos of Las Vegas during the 60s was a who’s who of Hollywood of that time: Cary Grant, Mia Farrow, James Stewart, Lucille Ball, a pre-presidential John F. Kennedy, Marilyn Monroe and many more. The scores of big names who visited Vegas, and hung out with the infamous quintet were nothing short of spectacular. 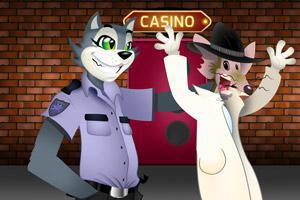 Built in 1926, the Cal-Neva lodge, located smack between the state-line of California and Nevada became a hit with the rich and famous. Being able to obtain a Nevada gaming permit, and after a rebuild, it became host to big time gamblers and heads of mafia alike between the 1940s and 50s. And by the 1960s, the “The Lady of the Lake” had developed quite the reputation of exclusivity.

In 1960, the resort was bought out by none other than Frank Sinatra, who was able to turn the location into a world class casino-resort. Situated on Tahoe Lake, Sinatra remodeled the resort into an immaculate concert, gambling hall and hotel with private bungalows catering to high clientele from Hollywood and the high-ends of society. Sinatra’s Cal-Neva became a hit and was booming after the remodel, and by 1963 the Cal-Neva became another regular hangout of the Rat Pack.

Many would argue that one major downside was the appearance of Sinatra’s mob friends who would also visit the Cal Neva Lodge. People like Sam Giancana, a top Chicago mob boss, who was discovered by authorities in the Cal-Neva in August, 1963.  During this time Giancana was Al Capone’s successor, and was suspected to have ordered the murder of as many as 200 men. By the early 60s, he had been arrested 70 times, and was known in the press as “The Godfather” of the American Mafia.

Impact of the Rat Pack

Despite the indirect affiliation with the mob, the popularity of the Rat Pack could not be hindered. Their legendary performances throughout the country, especially in Las Vegas, would draw the wealthiest gamblers and celebrities wherever they went. With their tailored tuxes and bold bravado, they were in a league of their own; flaunting a lifestyle that seemed like a dream among the common folk. Yet America loved to watch “the show”.

They may have been an exclusive group, but the Rat Pack helped break many boundaries restricting social progress. The greatest of which was paving the way for racial integration in Hollywood and the Las Vegas Strip. This would reverberate across America and even helped push the cause of Civil Rights. Their reach beyond Las Vegas and Hollywood even extended into politics, as historians claim that Sinatra’s mob ties even helped a young John F. Kennedy become president of the United States.

The Rat Pack’s influence on popular culture is immeasurable, from their style to their stage presence, politics, music and so much more. The Rat Pack has come to be known as the definition of cool, and will forever be linked with the glamourous history of Las Vegas.

What you need to know about the Rat Pack

Want to feel exclusive like the Rat Pack? Why not check out our article on incredible VIP casino programs from around the world? Now, that you know the scoop on the kings of entertainment, why not try a bit of entertaining at home or on your mobile device. CoolCat Online Casino offers some of the most spectacular online casino games available today. With over 220 exciting games to choose from, like slots, poker, baccarat, roulette and a variety of specialty games and incredible bonus offers, CoolCat Online Casino is your one-stop-shop for all things casino related. Sign up now to learn more. It’s free!