Who doesn’t like to beat an opponent in a game situation by out-smarting them? Isn’t it gratifying when your planned strategy works to perfection and produces the winning play? Working together with partners to reach the strategic game goal can be a rewarding social interaction. Playing strategy games has been a part of human nature for a long time. They have been around so long that perhaps strategy games help humankind by allowing competition and the resolution of a conflict in an environment that does not end in the tragedy.

Let’s start this series of posts by naming the first five strategy games of our choice and look deeper into our fascination with them. 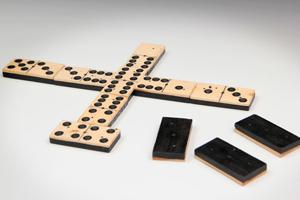 The game features bones (tiles) with a number of pips on them. Players match them up trying to empty their hands by matching one of the numbers with one of the free numbers on the table.

Dominoes are also noted for being able to stand on end in long rows so that when one is knocked over they all fall in a row. A popular pastime is lining up hundreds or thousands of dominoes to make designs when they fall. 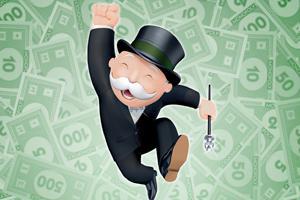 A major favorite around the world: Monopoly is unusual in that the game has official, printed rules, but most players learn how to play from others, never actually learning the correct way to play. Think about it, how did you learn to play Monopoly? This has led to the change of a number of house rules that make the game more palatable to children, but harm the gameplay by preventing players from going bankrupt or slowing down the rate of property acquisition.

One common house rule has players put any money paid to the bank in the center of the board, which jackpot a player may earn by landing on Free Parking. This prevents the game from removing money from play, and since players collect $200 each time they pass Go, this results in ever-increasing bankrolls and players surviving rents that should have bankrupted them. 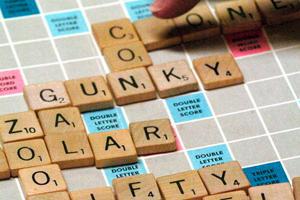 The game played on a 15×15 grid features players spelling out words for points. The game features areas with double or triple letter or word score and letters have more points if they are less commonly used.

Fanatical players have actually gone as far as memorizing all the acceptable words from the Official Scrabble Players Dictionary. Be warned, if someone you don’t know offers to play you for 10 cents a point as they might be able to win by many hundreds of points. 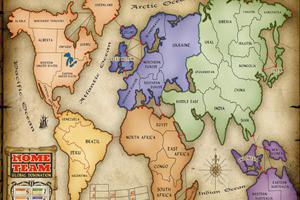 A game combining luck, strategy, and diplomacy, RISK brings together friends for a maniacal six hour adventure, where just setting up the game and strategically placing armies can take up to an hour.

The fragile alliances that you make and break over the course of a game are key to the game’s popularity along with a bit of luck that comes along with the role of the dice. Here’s a look the origins of the board game RISK, its evolution over the years, and modern games that exist thanks to its creation. 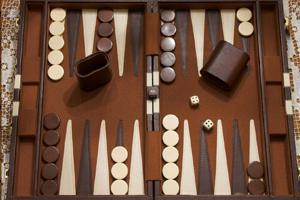 According to the Backgammon Village, “Backgammon is said to be the oldest game in recorded history. Its origin stems from a version of this board game that was first played about 5,000 years ago in Ur of the Chaldees in Mesopotamia. In Greek, Mesopotamia means “between rivers”. The Tigris and Euphrates rivers bordered this area situated just north of the Persian Gulf in present day Iraq and Kuwait.

Between 2900-1800 BC, early civilizations of a very diverse people lived in these fertile valleys. Ur, also known as the home of the Biblical Abraham, was an important city of the Sumerian culture.” 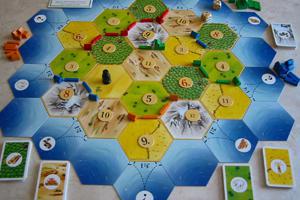 According to List Verse, “the game that established Germany as the most innovative game nation of the last decade has had tremendous worldwide popularity with many different versions (Seafarers of Catan/Starfarers of Catan).

One of the cooperation/resource trading games genre it features gathering of the resources you have access to such as wood, grain, wool, and brick and trading extras to other players so that you can each build your areas. Played on a board of interconnecting hexagons, it can be rearranged for each new game creating different strategies each time.”

Since the 1930’s, Bridge has been one of the most popular card games in the world. However, as you and I know, perhaps only Poker has more participants.

Countless newspapers have daily Bridge columns, and there are more books about Bridge than any other game, except Chess. Bridge tournaments continue to attract thousands of players who compete with each other to become Life Masters. 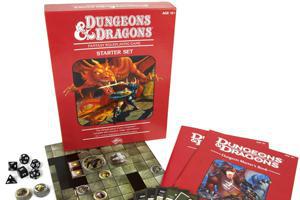 While this one barely qualifies on the physical pieces requirement it has to make the list based on originality and long lasting appeal.

The longest lasting and most popular of the RPG (Role playing game) genre has each player create a fantasy character while a Dungeon Master creates a story scenario. The players then work as a team to solve the created problems such as battling monsters, negotiating with Non player characters run by the DM, disarming traps, and rescuing damsels in distress. The role playing part can range from minor bad acting out of fantasies to seriously, but the strategic part is what interests many players.

There have been several editions over the years with different rules so be sure your group uses the same set that you do. 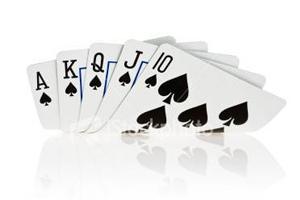 We all know a lot about Poker, so why not talk about its history? According to Legends of America, “The exact origin of poker is unknown but many have speculated that it originated from a 16th century Persian card game called As Nas. Played with a 25 card deck containing five suits, the rules were similar to today’s Five Card Stud. Others are of the opinion that it was invented by the Chinese in 900 A.D. In all likelihood, the game derived from elements of various gambling diversions that have been around from the beginning of time.

The first American gambling casino was opened in New Orleans around 1822 by a man named John Davis. The club, open twenty-four hours a day, provided gourmet food, liquor, roulette wheels, Faro tables, poker, and other games. Davis also made certain that painted ladies were never far away. Dozens of imitators soon followed making the gaming dens the primary attraction of New Orleans. The city’s status as an international port and its thriving gambling industry created a new profession, called the card “sharper.” 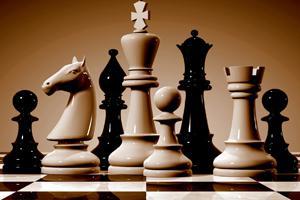 Chess strategy is what makes chess such a beautiful game. After the memorized opening moves are played and each player starts to unfold their plan, the real chess begins to take place.

Everyone likes to study opening theory and learn end game techniques but the middle chess game is where most games are won and lost. Many games will end in resignation even before an endgame takes place. If you’re a chess beginner, I recommend that you watch and learn from Youtube videos and make sure it is followed by lots of practice to train the eye to see things much faster.

Let us know what your favorite games are in the comments below this post. We would love to share with you about our gaming preferences.