As we begin a brand new year,we want to share with you some of the best games people played last year, let’s review the best of 2013. I mean, it’s always good to keep in perspective what has been great about the year and maybe, just maybe, start off the new one with a golden seal.

Besides Ten, the dog I adopted last year who is at the top of 2013’s highlights for me, I really like to make lists of the best of the year in different areas of my life. The best casino games are definitely one of the lists I have to make every year! 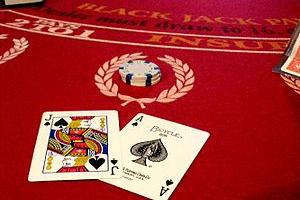 Bingo is a fast growing game both in popularity and demand. In this game in which players try to match randomly selected numbers to the numbers on their card. The card consists of a 5×5 matrix where each column is represented by the letters B-I-N-G-O. The middle square is typically a free square. The first person to form a specific pattern (usually a straight line) calls out “Bingo!”. The card gets checked for accuracy and the winner is announced. Then a new round begins.

Baccarat became very popular due to the James Bond movie reference. In the game, each player has three options: Player, Tie, and Banker. When all players have placed their bets, the dealer deals out two 2-card hands, one is the banker hand while the other is the player hand. The hands are added up. If a hand totals over ten, the ten is dropped (I.E. 9+5=14=4). A hand equaled to 10 becomes a 0 or baccarat. The winning hand would be the higher of the 2 and anyone who placed a corresponding bet wins.

Slots machines are NEVER out of style. In general, the player will insert coins into the machine and either pull a handle or press a button. This causes the wheels to spin. In older styled slot machines there were 3 wheels. In the newer machines they tend to have 3 to 5 simulated wheels. When the wheels stop, the player is paid based on the pattern of symbols. 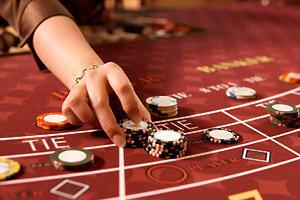 Blackjack is a card game played between the house and the player. The dealer deals out two cards to each player and their self. The dealer has one card face up and one down. The players then take turns trying to get as close to 21 without going over. Aces are equal to 1 or 11. Face cards are 10 and number cards are face value. The player calls hit to get a card, and stand to end their turn. A player may also call double to double their bet and may only receive one card and the turn ends. If a player has two identically numbered cards, they may split. This requires them to double their bet and then get two more cards making two new hands that they may play. After all players turns are over, the dealer reveals their card. The dealer then hits if the total is 16 or less and stands on 17 and higher. Everyone who has a hand that beats the dealer without going over 21 wins.

Poker, the very famous game, is a card game based on a 5 card hand. The ranking of hands from lowest to highest are high card, pair, two pair, three of a kind, straight, flush, full house, four of a kind, straight flush, and royal flush. The player with the best hand wins. There are many versions of poker such as 5-card draw, 5-card stud, Texas Hold’em, Omaha Hold’em, Razz, Pineapple, and 7-card stud.

So there you have them, the Top 5 gambling games played through all 2013. Wonder which games will be a part of this list in 2014. 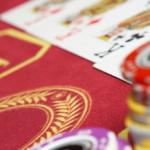 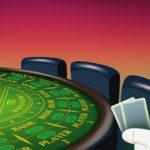