Looking at Atlantic City these days is like seeing a shell of its former self. Whether in the 1940s and 1950s when the New Jersey destination served as a favorite summer spot for tourists from around New England or in the late 1970s when the city legalized gambling in an effort to regain its former glory, Atlantic City has held a prosperous and interesting piece of the history of the United States.

Casino executives still fondly recall the late ‘80s, when gamblers lined up at casino doors, waiting on the chance to put their hard-earned cash into bank after bank of slot machines. Day-trippers from cities such as Philadelphia or New York would catch the bus to spend eight hours amid the glitz and glamour of the fascinating city, leading to a boom in tax revenue for the area and years of unparalleled prosperity. 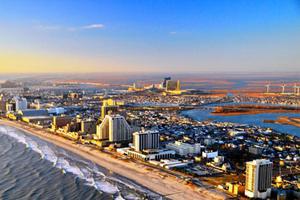 Then, the gambling bug spread throughout the region, leading Atlantic City onto hard times. While the $5 billion industry once belonged exclusively to the New Jersey destination, more than 30 casinos now fill the area in locations ranging from Delaware and Pennsylvania to New York. The day-trippers that once made Atlantic City so prosperous now have closer destination, leaving AC to pick up the pieces.

Mainstays of the city’s gambling empire, such as the Showboat Casino and The Trump Plaza, along with magnificent real estate flops such as The Revel Casino Hotel, closed their doors over the space of less than a year, leaving the city’s main source of revenue a hollow shell of what it had once been. Estimates for the overall loss of jobs exceeded 7,000, leaving long-time employees of the gambling industry scrambling to make ends meet.

Despite the crash, Atlantic City hopefuls continue to expect another rebound for the transformative city. Just as the boardwalk and resort town was able to seamlessly transform itself from a center of debt, crime and decrepitude into the most desirable gambling destination east of Las Vegas, long-time residents and investors expect more golden years to come in the future. 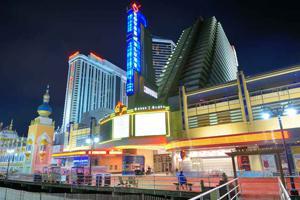 Expect Atlantic City to learn from its mistakes and diversify as a tourist destination next time around. While gambling is a pastime that can be placed nearly anywhere, it’s impossible to replicate the amount of American history present from the boardwalk to the city limits.

As overall tourist traffic has fell more than 25 percent in less than a decade and casino revenue has dropped nearly 50 percent in the face of expanding legalized gambling throughout the country, it appears that the latest golden period for Atlantic City has come to a close. Currently the city’s government is looking towards hosting conventions in order to make ends meet, but this is just a stark reminder of the recent highs of the famous Monopoly destination.

While Atlantic City is fading out of its golden age, the good news is that online gambling has never been bigger. Check out CoolCat Casino for fun, rewarding games that gave Atlantic City its former glory, without buying the plane tickets.