Slot players usually know that there’s a computer chip called Random Number Generator or RNG inside the slot machines but they don’t usually know how it really works. That’s why there are a lot of urban legends and misunderstandings about the slot machines and similar casino free games. Probably one of the most popular legends about the slot machine is that somehow it tells the player exactly when it’s about to give a jackpot. There’s a lot of con artists trying to sell you their “system” of being the slots. Don’t get fooled by them, save your money for other things, because it’s totally impossible.

The Random Number Generator is actually a microprocessor just like the one in your computer. But instead of running a browser or the programs you normally use, it runs a different sort of computer program. The RNG generate different numbers that gives you the symbols on the reels of the online slot machines. These numbers are constantly changing fast, they change in milliseconds. The RNG selects different numbers that range approximately from 0 to four billion. These numbers have a direct correlation with the symbols on the reels. The result of the combination of these symbols is anchored by the number that is generated by the RNG. The second you press the spin button is when the number is selected.

There’s an algorithm or a formula that is programmed onto the RNG chip. This program in the Random Number Generator gives instructions to generate and select the numbers. The Casino Control Board and other labs test the algorithm and how it works on the Random Number Generator so that it is accurate. The random numbers that it generates is so vast and complicated that it is beyond any ordinary person’s mathematical knowledge. It takes teams of programmers and mathematicians to come up with this algorithm and test it. The program is tested for performance and correctness so that slot players are not cheated through a custom random number generator.

Knowing the technicalities of course doesn’t really explain the average slot player how the true random number generator actually works. In order to really understand the random number generator, you need to know how you win at slots. Random number generator plays a big role in determining when a spin is going to result in a win. There’s a couple of spaces that are either a symbol or a blank on each reel in the reel type slot machines. These are known as ‘physical stops’. In the old mechanical slot machines, there are reels that have about 20 symbols but in the new slots, there are 22 physical stops. The slot machines that have the Random Number Generator microprocessor makes it possible to have more stops. These are called “virtual stops”.

If you simplified things and say that there’s only ten stops on each reel, you’ll still have a thousand different combination for the symbols on the reel. You get this number by multiplying the number of symbols on the reels. For a 3 reel slot that’s: 10x10x10= 1000. This thousand is called a cycle. This is the term that most confuses slot players. Most players think that the thousand determines whether they win or lose.

In this case, the chance of the right 3 reel symbol combination picked is one in a thousand. That means, theoretically if you played one thousand spins you should see the right combination once. But we all know that this is not true. Even if you played a million spins, you’d see the numbers even out to the actual probability. If this is too confusing, think of it as flipping a coin a hundred times. The odds of having heads or tails are 50:50. You’re not going to see fifty tails and fifty heads after a hundred spins.

We’ve all seen how the lottery drawings are picked on a daily basis. There’s three glass bowls which contains ten balls that number from 0 to 9. The balls are mixed and when someone lifts up the top, a ball with a number pops up in the tube, that’s the first number. The same thing is repeated for the second and third glass bowls and you get the three numbers for a winning combo.

If you use this case, replace the numbers 0 to 9 on the balls with the symbols on slot machines. Each bowl have one ball with the slot symbol for the jackpot. Two balls with a bar, three with a banana, and four balls that are blank or spaces. The Random Number Generator is the person picking the winning combo of the symbols. So if you put that in the thousand odds, you’re going to get the following winning combination:

But there’s also 963 combination that you’d lose which are combinations of the following:

The Random Number Generator picks the combo of numbers a thousand times in a second. Think of it as a string of blinking lights, like the Christmas lights, but there can be one bulb that is lit at any one time. Electricity is going through one bulb to the next bulb down the string. When you push the ‘spin’ button the electrical current stops and the bulb in that particular position would light up. The light represents the three digit number in this case. It’s the same when you get up from a slot machine and see someone else sit there and hit the Jackpot. The chances of you winning or hitting the Jackpot combination at the same exact millisecond are phenomenal. That’s how Random Number Generator operates, and it depends on that and determines the results of your play. 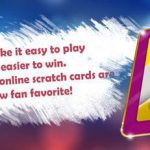 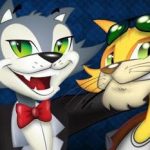 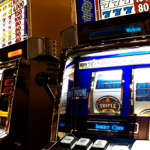 How to Choose the Best Paying Slot Machine and Win Big 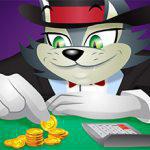 How to gamble and experience Vegas on a budget 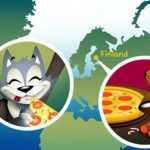