I have never been a guy who is a friend of conventionality. With that being said, I’m always on the lookout for weird, different, bizarre or fun new things.

So, a few days ago, I was walking my dogs and asked myself: since I write for CoolCat Casino, why don’t I start searching for weird stuff about table games? I mean, one has to share one’s search for creativity in all aspects of life, right? And so I decided to look for strange card games and you won’t believe what’s out there. I’m definitely buying one of them. Care to guess which one? 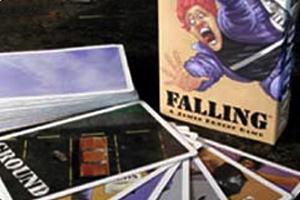 This game is about falling from the sky and not wanting to be. It’s played among a few players and the goal is to be the last person who hits the ground. What I find bizarre about this game is that one player just passes out the cards to everyone who is falling. (Like a lifeguard passing out oxygen, I guess) There are cards that Stop, Skip, Hit or Push which help the players to delay the fall. The game is over for the players once they get one of the Ground five cards. 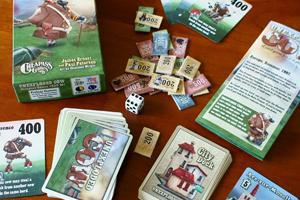 You got to love the name of this card game! But wait, that’s not even the craziest part of it. The setting of this game is a field of landmines in France that need to get exploded with Mad Cows from Great Britain. Cows need to be bought with money that will be given to the players at the beginning of the game. However, once the landmines are exploded, the players receive more money. The winner is the player who gets the highest amount of money. 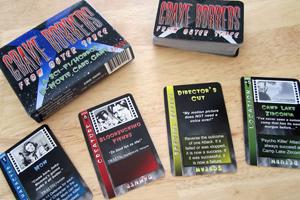 Another crazy weird name! This game’s goal is to make a film that includes a location, characters and props. The cards have a Defense Strength number, so players need to make movies with the highest DF possible.

A player can attack other players’ movies as long as he/she has a creature card. If the number on the creature card is greater than or equal to the sum of all of the cards on the movie being attacked, then the player attacking gets to “kill off” another player’s character by making him/her discard the character.

A fun bonus to this card game is that it makes fun of horror movies with stretched out characters that give a humorous touch to the game. The game ends when the cards run out or someone draws a “Roll the Credits” card. 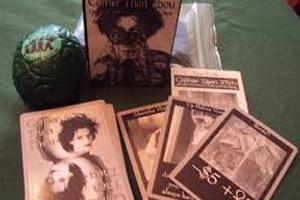 This game consists of 55 cards with three types of points: Goth Points, Sickness or Infection Points of Money Points. The goal is to earn 20 Goth Points, but the other points will stand in the way from the players getting those 20. For example, too much Sickness will make you reject everything and not enough Money means you can’t pull from the discard pile. Check some of this game’s creative names for the cards: Steady Clove Supply, Fun With Eyeliner and Crying Yourself to Sleep. 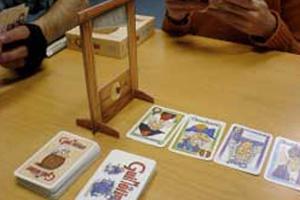 As you may imagine, this game does take place in France and the point is to kill nobles. The game has three rounds where each round represents one day. In those three days, players need to kill nobles that are worth different points. The winner is the player with the most points at the end of the three killing days. And yes, whoever kills Marie Antoinette, gets a lot of points.

Well, these were the coolest and weirdest card games I could find that I thought were interesting enough to take a closer look at. This does not mean I will not continue to enjoy the awesome table games offered here at CoolCat, those will always be my favorite ones.

Are you interested in checking out any of the above games? Tell us which one!