The U.S. Supreme Court has dealt casino floor dealers at Wynn Resorts properties a winning hand after refusing to consider a petition by the casino giant seeking to overturn a lower court ruling that dealers employed by Wynn should not be required to pool their tips.

Dealers at Wynn resorts properties are celebrating after a 12-year court battle with casino management over how to deal with their tips was definitively settled by the U.S. Supreme Court.

The issue arose back in 2006, when Wynn created an internal company policy – unseen before in other Las Vegas casinos – that required dealers to share 15% of their tips with their pit bosses. The rationale behind the policy was not quite as nefarious as it sounds, as pit bosses on average tend to earn a lower salary than the dealers themselves.

Wynn management had argued that as the pit bosses directly contribute to the overall casino experience and actively work the casino floor, they should be entitled to a cut of the action.

Dealers responded with outrage, saying the insanely profitable multi-billion-dollar company should have instead increased the pit bosses’ salaries out of their own pockets if they were interested in everyone getting a fair shake.

The result was a class action lawsuit, in which some 800 Wynn dealers took Wynn to the District Court of Nevada seeking to reverse the policy. The dealers lost in the court of first instance but later went on to win on appeal, thanks in large part to Obama era orders that actively prohibited tip-pooling after revising existing Labour Department rules.

The Obama administration had argued that tips were intended for specific employees and hence should be their property and not subject to employer oversight.

The big business friendly Trump administration is in the processing of reversing the Obama era administrative decision, and rewriting the rules to give employers an even stronger hand, not a surpriosing move coming from a man who spent years basking in reality show media attention for uttering the words “you’re fired”.

Even if successful, which is likely, a rule reversal is not likely to have a dramatic impact on Nevada dealers, who have, since 2006, had their tips rights inserted into their union’s collective bargaining agreements.

Thanks to the U.S. Supreme Court ruling, the hundreds of Wynn dealers party to the suit are likely to see a substantial cash windfall in a collective pay out that could top some $50 million.

As reported by casino.org, Kanie Kastroll, a dealer who represents Wynn union workers, said the casino’s policy has cost her up to $150,000 in tips over the years. She told the Las Vegas Review-Journal this week that SCOTUS’ rejection of the Wynn petition represented a “major milestone for the dealers.”

After Japan’s lower House of Representatives passed the country’s first integrated resorts (IR) bill last week, effectively opening the doors to legalized casino gambling in the country of 127 million, financial analysts have been quick to respond saying that the bill as it is worded would inhibit competition and ultimately establish state sanctioned monopolies.

In a stark warning, analysts, largely in favour of legalized casino gambling, asserted that the IR bill as is would undermine the potential of the market and cost the government of Japan significant sums in lost tax payer revenue.

Expert analysts at both Global Market Advisors and Morgan Stanley explained to Forbes that only allowing one casino resort in each given location stated in the law would stifle competition. Where as government coffers could see revenues of $10 billion for a single integrated casino resort complex, allowing more operators into the game while still adhering to the mandated 3% maximum casino size could boost total tax and licensing revenues well beyond the originally estimated $10 billion.

After an extended battle in the lower house, Japanese Prime Minister Shinzo Abe has ordered his leading Liberal Democratic Party and its coalition partners the Komeito Party to support the bill in the National Diet, Japan’s version of Congress, as a way to drive tourism numbers and stimulate the sluggish economy.

Meanwhile, while experts say extensive amendment or a complete overhaul of the bill is unlikely given the government’s rush to approve the largely unpopular legislation, the world’s casino giants have been lining up for a shot at a piece of the pie.  Galaxy Entertainment, Las Vegas Sands, Melco Resorts and MGM Resorts are all expressed eagerness to get in on the action. 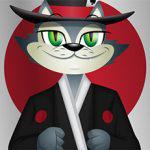