When it comes to popularity, no table game can compete with the lore surrounding blackjack. Featured in literature, movies and a fair share of myths, the game has developed a sort of mysticism that spans the minds of expert players and casual observers alike. The lion’s share of blackjack myths revolve around obscure tips and tricks to increase your chances of taking down the house.

Despite the fact that only two playing techniques have been proven effective at increasing players’ odds (basic strategy and card counting), the persistence of these myths makes them worthy of a closer look. With that in mind, let’s study a couple of legendary figures that have taken down the casino on their way to gambling lore. 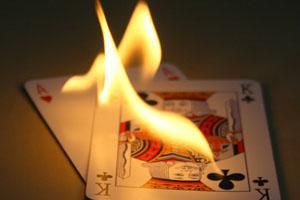 There’s little question that a sound playing strategy is the best way to maximize your odds at the casino, but it’s worth noting that luck will also have a role to play. As evidence, blackjack historians are quick to point towards the case of the Treasure Island Bum. In 1995, a newly homeless man stumbled into the Treasure Island Casino in Las Vegas with nothing but the $400 he received from cashing his state benefits check. After playing for a full week, the man was able to supercharge his bankroll, collecting over $1.3 million before subsequently losing it all.

Card counting movies give the impression that this sort of hot streak is commonplace, but this particular case continues to confound blackjack experts to this day. With no knowledge of basic strategy and a penchant for insulting fellow players, dealers and staff, the man rode a lucky streak to astronomical winnings. Sure, he went on to lose everything before being escorted out of the casino, but the case is still a strong illustration of the power of luck in beating the house. 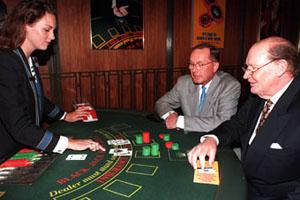 Sometimes, players bring more to the table than hopes for good luck. Australian billionaire Kerry Packer is renowned throughout the gambling industry for his high stakes approach to blackjack, and, in 1997, he continued on this trend on the way to winning over $30 million at the MGM Grand Casino in Las Vegas over the course of a few short days.

Casinos were hesitant to allow the billionaire to play because of his track record of big time winnings, but casino executives at the MGM Grand ignored the warning signs and lured the gambler to put his bankroll on the line in Sin City. Unfortunately, his strong play led to serious winnings and the termination of the executives who opened the doors for the major loss.

In the blackjack world, it only takes a few short days to establish yourself as a legend. Whether for stellar play or big losses, there are plenty of ways to add your name to the extensive list of blackjack legends. Remember that the best way to maximize your odds at the tables is to adhere to basic strategy. With a little luck and proper play, you could be the next legendary figure to etch your name into the history of the world’s most popular card game.