The History of BlackJack: Throughout the Ages

As we look back now, it would be hard to imagine the world as we know it without Blackjack. The game, which consists of a dealer playing his hand of cards, against one or even multiple players, all attempting to reach the coveted value of “21”, without going over. A casino wouldn’t feel much like a casino if it didn’t have a blackjack table. In fact, it is the most popularly played table game across the globe and has been since its inception to the gambling ranks. So when did the game become such a staple of betting houses and casinos? 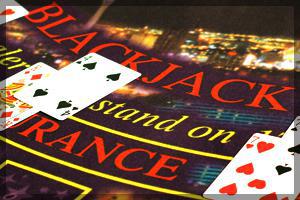 It is commonly agreed that the actual name originated within the American lexicon after the game was introduced to the U.S. roughly around the late 1800s. It was here that betting houses began an attempt to attract players to the game, and to their establishments, by offering a player a staggering 10-1 odds, against the house, if the player were fortunate enough to receive an ace of spades, and either a jack of clubs or a jack of spades (a black jack), upon the initial two card deal. Players seeking an immediate “21” as well as the 10-1 odds, would often beg aloud for a “Black Jack.” The name, along with the game itself, became widely popular, and although gambling establishments wisely stopped offering the 10-1 odds, blackjack was here to stay. 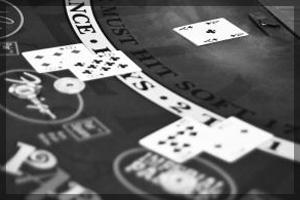 The actual origin of the game Blackjack itself, has for many years been debated, disputed, translated and refuted. Although most seem to believe it originated from a French game around the 1700s, called “Vingt-et-un”, which translates as twenty-one. Still others argue that it derived from an Italian game referred to as “One-Thirty”, which rules are somewhat similar to our modern day Blackjack, in which the player attempts to become the closest to, or equal the number “31”, with only using 3 dealt cards.

One might be hard pressed, and even hardheaded to attempt to argue with any of these viable options as to exactly who, or where, do we owe credit for such an entertaining card game. The truth is, the first recorded written account of a game similar to our Blackjack, actually predates the above notions to a tune of almost 100 years.

The author of none other than “Don Quixote”, Miquel de Cervantes, who himself was an avid gambler, spun tales of two men, who Cervantes often brought in as characters from an earlier work called “Novelas Ejemplares.” These scandalous card sharks appeared in his short novel entitled “Riconete y Cortadillo.” In this story, the two characters are found discussing their success at cards in Seville, an Andalusia community of Spain. The game they were so effectively cheating at in Seville? “Ventiuna”: Which too translates into “21.”

However, Cervantes’ tale, and its direct relation to the game Blackjack, doesn’t merely end with the number “21” alone. He writes how the two men played the game “Ventiuna.” According to the book, players are dealt two cards, and must get as close to, or equal 21, without going over, by playing cards in which an ace is considered either a one, or an eleven. Face cards are valued at 10, as is the card displaying the numerical 10 as well. Sound familiar? Miquel de Cervantes published the book, “Riconete y Cortadilla” in 1613. He actually wrote the short novel in 1601-1602.