Native American gambling games you need to hear about

Love casino games? You can thank Native Americans for introducing the gambling concept to US shores. Sure, colonists did bring their penchant of gambling across the ocean, but Native Americans had already been gambling for centuries.

Today, we’re going to look at three great Native American games that you might want to play during these holidays at home with your family. Some resemble casino games. Others feel more like competitive sports. All of them make me want to play. 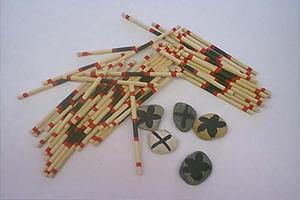 This one is a lot like Roulette. Players take their turns throwing dice. Only they aren’t quite dice like we know at our favorite local casino. They’re sticks, each painted red on one side and white on the other. The dice are thrown in the air and when they land on a flat surface, points are tallied up.

Land on all three white sides and you’ll earn 10 points. Land on two white and one red and you’ll earn 2 points. Two red and one white get you 3 points. And 3 red gets you five points. The player with the highest score wins. 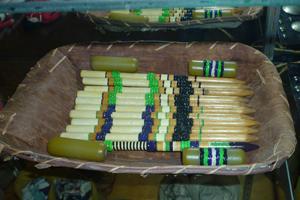 For this game, you’ll need 11 painted sticks and 10 toothpicks or some other form of reward. You also need two players for this one, but you can play up to six as long as the balance of players is even. Two teams sit facing one another. The leader of the first team divides the sticks into two, with one group having 6 and the other group having 5. He holds each group of sticks in his hand and invites the player sitting directly across from him to guess the hand holding the odd number of sticks.

If he guesses correctly, each player on the team earns a reward. In this case, that reward is toothpicks, but feel free to play with whatever you like. 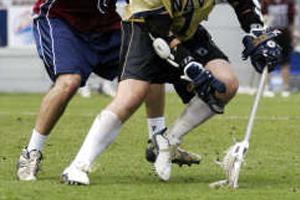 Once you’ve mastered Stick Counting, you might be in the mood for something a little sportier. That’s where Vaputta comes in. It’s kind of like a cross between Stick Counting and football. You need at least 12 players for this one, but you can play with as many as 30. And you need one small pebble. The equally divided teams line up facing each other, kind of like in NFL football. The leader of the team gets to go first. He takes the pebble and pretends to place it into the hands of each one of his players. One of the players actually receives the pebble, but the goal is to make it indistinguishable from the fake-out players. Now the leader from the opposite side has to guess which player received the pebble.

If he guesses correctly, he earns the pebble. If he guesses wrong, the last player in the line of the player with the pebble runs and jumps over the leg of the guy at the front of the line. This gets his team one man and the length of however far he jumped closer to the goal line. Bottom line? The team that can fool the other team the most gets to jump farthest and reach the goal line quickest.

In the mood for traditional casino games?
Try CoolCat Casino first. We might not have any of the Native American gambling games listed above. But we do have a lot of games you’ve probably never played before or heard about.