Casinos, clearly, have been and continue to be the target of many cheating attempts. This month we are going to take a quick peek at the most famous casino scams of all time. Despite the fact that these acts are illegal, they really are fascinating; people go to ingenious lengths to steal money from casinos. We’ll start with the least of the most impressive and go to the most impressive in this three-part segment on the greatest casino scams of all time. 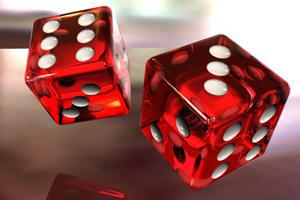 One technique that has been used for a long time is called dice sliding, and it is used for dices games, mainly Craps. Bill Zender, a former Nevada Gaming Control agent who is now a gaming consultant, was interviewed for the Las Vegas Sun two years ago for an article on the topic of casino scams and cheaters. Basically, the idea is to narrow the possible dice combinations by making one of the dice slide on one of its sides, thus not changing the number. The other dice is allowed to roll freely and randomly.

This may not seem like much, but just by limiting one die to just one number, the possible dice combinations are reduced from 36 to 6, making the odds drastically better. The bettors, then, bet on those six possible combinations. This method does, however, require two or more people blocking the view. In October 2012 Wynn Las Vegas filed a lawsuit against two Argentinian gamblers who allegedly were sliding dice to win $700,000. 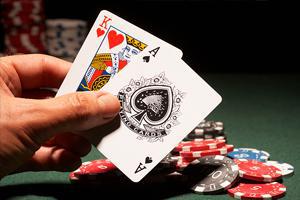 Executing this technique is a little more complicated than dice sliding because this one requires flawless teamwork. The concept is simple; the cheating partners each look at their Blackjack hands and decide which cards they want to switch.

The execution of this technique is not so simple. Sleight of hand and stealth are the keys to its success, however, this is an old trick and casinos can spot it in a heartbeat. Zender said in the interview that back in the early 1980s there was a couple of men, Robert Aisle and John Dixon, who began utilizing this strategy. They would sit side-by-side and remove one card from their hand stealthily while placing the other card of the hand under their table wager to simulate two cards. Then, they would switch the card they removed and replace the card under the first one. The goal was to make the strongest hand possible between their two hands. This one also usually involves people distracting, acting as lookouts, or blocking the view. 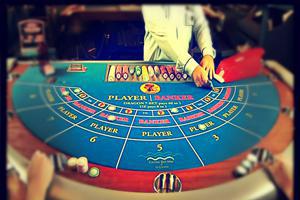 This is one amazes us simply for the next-to-impossible act of stealing a card out of a casino deck! Who does that? Well, one person in Australia thought it would work.

In the Jupiter Casino on the Gold Coast this scam was almost pulled off. It was pulled during a mini-baccarat game that was played in the “member’s only” section of Club Conrad at the casino. One of the players stole one of the cards in order to manipulate the results. Because of this, the people at the table raked in $700,000. But before the first bank transfer was made, the casino’s suspicion was raised; they stopped the transfer and harshly scrutinized the situation.

Long story short, all the players were sentenced to 18 months in prison. 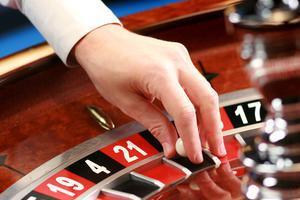 This one is impressive for two reasons: 1. The ingenuity of the cheaters and 2. Even after being caught, they had all charges dropped and were allowed to keep their winnings.

A Hungarian woman and two Serbian men employed a laser scanner linked to a computer that would scan the roulette wheel and calculate with 90% accuracy, judging by the speed of the wheel and the ball, which numbers were likely to come up. The computer was concealed inside a cell phone and had an earpiece that would inform them of the zone the ball would land in. The scammers would have the device scan the wheel, receive the deduction, and place their bets all before the wheel had gone around three times, which is protocol. In short, this little scam landed the team 1.3 million British pounds.

This little scam also got them arrested and their funds frozen. After studying the case, the BBC News website released a short article with the opening line reading, “A group of gamblers who won more than £1m at the Ritz Casino in London by using laser technology have been told by police they can keep their winnings.” Apparently, they got off free! Unbelievable! 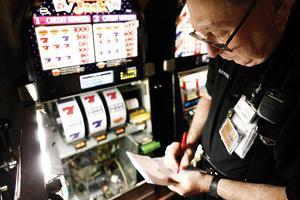 Slots are computers, right? Therefore they can be hacked, right? Well, true, but to do so in the 70s was really, really, hard, not to mention today. This didn’t seem to stop the locksmith Dennis Nikrasch. He managed to steal $6 million from computer-based slot machines. The problem was that the slot machines were not connected to any kind of network.

To make a long story short, Dennis bought a slot machine, computer chips that regulate slot machines, and last but not least a key that could open up slot machines; the last one he bought off the black market. He modifies the chips to trigger a payoff any time he wanted. Now comes the hard part, as if programming the chips isn’t hard already. Nikrasch, along with a team of view blockers to shield his actions from the cameras, would open up a slot machine and replace the chip inside with the one he programmed. Talk about risky. Everything was going smoothly until one of his buddies sold him out and set him up for a bust. You gotta be able to trust your team.

Another “dude” tried a very similar stunt. Ronald Dale “The Dude” Harris was a computer programmer that worked for the Nevada Gaming Control Board as a machine inspector. This clearly gave him the opportunity to modify the machines.

In a nutshell, he would hide a tiny bit of programming in the machine that allowed for a maximum payout after a specific sequence of coin drops and pulls. Obviously, he was not allowed to collect winnings from machines, so he obtained an accomplice, and a pretty stupid one, at that: Reid Errol McNeal. As soon as he won his $100,000, immediately acted suspicious; he didn’t jump and scream for joy, he didn’t have proper ID to collect, and was so close to security as he left that he was practically escorted. After investigating, the NGCB was led to McNeal’s apartment where they found everything they could possibly want to arrest McNeal, including Ronald Harris. Needless to say, they were both busted. 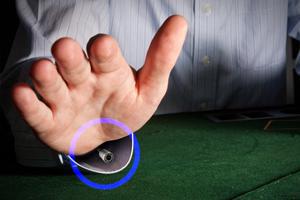 This one is practically out of a movie. A group of cheaters got together and rigged up a camera that could be hidden in a cufflink. They took advantage of the tradition in baccarat that the dealer allows a player to cut the deck before dealing.

This group of “cutters” would have one person cut the deck and to finish off the cut, he would slightly slide the cards separating them so that the camera could record the order. That player would excuse himself from the table to “use the restroom” and hand off the information to his partners who would analyze it and set up the “cheat sheet.” They would all inconspicuously, then, sit at the table and apply their knowledge. Even though they got caught at the Cosmopolitan in Vegas, they eventually escaped along with $1 million. 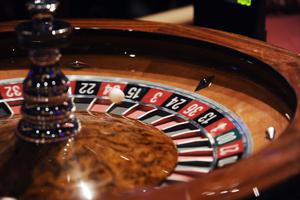 This famous scam didn’t seem so impressive to me at first, but once I got exactly how it worked, I had to admit it was very ingenious. The most striking part is the simplicity of it all. All it really took was perfect sleight of hand and really good acting. Richard Martin is, as well put in the documentary on him and his scam, a casino’s worst nightmare.

The “Savannah,” named after Martin’s favorite stripper, works like this: when betting in roulette, he would bet a $5 chip with a $5000 chip underneath it; the top chip needed to be slightly off center and towards the dealer so that he or she cannot see the bottom chip. If the bet won, Richard would make a huge scene that he just won $10,000 and reveal the bottom chip, a legitimate win.

The cheating comes in if the bet loses, where he would have ready a stack of two $5 chips in his hand, quickly grab the original stack, and put it in his pocket. If the dealer caught him, he would act all drunk, apologize and replace the bet with the $10 bet in his hand. Richard Martin won a ridiculous amount of money doing this and never got charged with anything. Unbelievable! 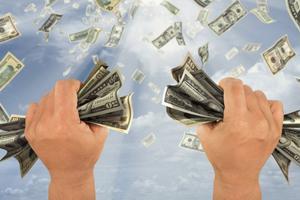 Imagine casinos just giving you money without you doing anything. That is basically what the Roselli brothers did mid-90s.

They hired a computer hacker to steal the identities of people with outstanding credit histories and several accounts, both US citizens and foreigners. They opened new accounts in those people’s names, applied to the credit departments of major casinos in all the gambling capitals, deposited $50,000 in each account, waited six months for the credit to be approved in the casinos, and then they began phase two of the scam.

Each casino gave them a credit line of $50,000. They would pretend to lose all the while other teammates were winning the money on the other end. They made sure to pay back the money promptly. After some time, the casinos would increase their credit lines. This kept happening until each credit line reached $1 million, for over 50 accounts!

The casinos bosses never realized something was wrong until the brothers were long gone. They eventually didn’t pay their debts, and the casinos would contact the people they thought they were looking for at real addresses of real, high-class homes in high class neighborhoods that had nobody living there. The Roselli brothers made off with over $37 million dollars. The craziest part is, when the casinos began looking for the people behind the fake names, it turned out that the Roselli brothers didn’t exist either; the real Rosellis had been dead for years.

That concludes the greatest casino scams segment. It really is intriguing to research all the scams people have concocted over the years. There are many more that didn’t make this list. Obviously, casinos now have measures to stop all these tricks. A casino scam is a felony that can land you in federal prison, so friendly advice: don’t even try.