In the field of literature, Russian writer Fyodor Dostoevsky is known for being one of the great psychological writers in history. His works give great insight about the complexities and contradictions of the human condition and the constant battle between our rational and emotional components. But, many people are unaware of Dostoevsky’s connection to the gambling world. During his tumultuous life, the writer battled a gambling addiction to the game of Roulette that left him bankrupt several number of times. What is worse, he often dragged his family into debt with him, causing them great pains.

According to the Brief Addiction Science Information Source 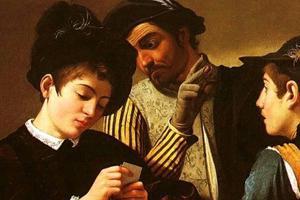 (BASIS), the beginnings of his addiction could be rooted in his father’s constant preoccupation with status and affluence. This was a cause of stress for little Fyodor and quite possible morphed into an obsession that would affect many aspects of his life. Dostoevsky saw gambling as the only addiction that could provide the opportunity to make a profit, even if there were risks implied. His first casino experiences were after graduating from high school where his low wages turn him to betting as a way to make a quick buck. Although he dabbled in pool and dominoes, the game of Roulette would be the niche in which his gambling obsession would grow and fester.

After earning some wages for a translation, he started to bet more regularly and ended losing all of his money. He started to borrow money to bet even more, thus breaking one of the many rules of gambling, you never bet money you cannot spare. But, as addiction sets in, rules go out the window.

His gambling addiction was also exacerbated by his anxiety disorder and impetuous personality, which made him believe that he could actually predict the color in which the ball would land. His initial luck on the game reinforced this belief on the writer, who end up thinking that he could actually master the variables of the spins to his benefit. As the BASIS states, “An impulsive person exposed to a casino environment within which they experience an early win presents a particular threat; it stimulates belief in the illogical.” For such an introspective writer, his beliefs in chance and fate were quite paradoxical.

Ironically, in order to pay off some of his debts, Fyodor wrote 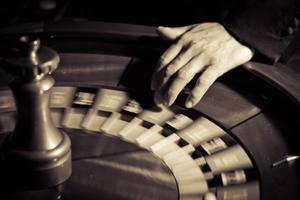 the novella “The Gambler”, in which he drew inspiration from his own experiences to portray a man whose life dangles between his obsessions with chance and with love. Alex, the main character of the story, is a man that comes from humble beginnings and uses gambling to try to transform his fate into that of a respectable man. Sounds very familiar, right?

His problematic gambling lasted for 10 years. He continuously pawned his wives’ jewels or asked them for money only to lose it almost immediately. On a letter to his second wife, he refers to his own compulsive gambling after he squanders her money once again:

“I went to a table and stood there placing imaginary bets just to see whether I could guess right. … I was right about ten times in a row, and I even guessed right about Zero. I was so amazed by this that I started gambling and in 5 minutes won 18 thalers. … I felt so ashamed about the 30 thalers I had robbed of you! … You had pawned all your possessions for me during these past 4 years and followed me in my wanderings with homesickness in your heart! Anya, Anya, bear in mind, too, that I am not a scoundrel but only a man with a passion for gambling… By half past nine I had lost everything and I fled like a madman.”

In this excerpt, we are witnesses of one of the low points of Fyodor’s addiction, having resorted to spend what little money his wife has instead of using it to take care of their starving children. According to literature historian Ludmila Saraskina, after a long battle with addiction, he finally managed to overcome his gambling addiction in 1871. However, he never explained how he accomplished it or the reasons behind it. There is much to be learned about addiction stories, and Dostoevsky’s is no exception to the rule. When gambling, it is always important to do it as a form of recreation, and if you find yourself helplessly betting and losing more money that you can afford, there are many people that can help you take back control over your life.