Gambling has always being a part of human history. In fact, there is a Hindu hymn called the Gambler’s Lament that dates to 1500 – 1100 BCE, the poem talks about the sufferings of a man addicted to gambling on dice. Correspondingly, it is not strange to find many references to gambling in pop culture and many characters that are serious gamblers, some more surprising than others. From a stylish womanizer to a dedicated housewife, in television gamblers come in all shapes and forms.

Barney Stinson – How I Met Your Mother 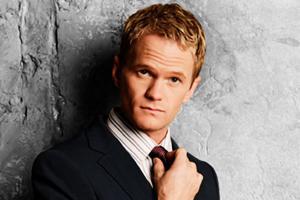 Barney is one if not the most legen… wait for it… dary! character from the hit CBS show How I Met Your Mother. From his many patented hi fives to his play book and bro code, Barney has become a cultural referent for all those bros and broettes that love to live an awesome life. Barney enjoys the finest things in life like good scotch, beautiful women, a nice tailored suit, and of course, gambling. In fact, he loves gambling a little bit too much! One of his initial (then discarded) wedding vows read: “I promise to always celebrate the anniversary of this special day with you, unless it conflicts with a major sporting event, gambling trip, or marathon online gaming session”. He even has a tip guide for it.

In past episodes, it can be seen how Barney has had several obsessions with sports gambling and with a crazy Chinese casino game called Xing Hai Shi Bu Xing, which involves poker chips, a deck of cards, dice, Mah-Jong tiles, a roulette wheel, and three girls with a hidden jelly bean. 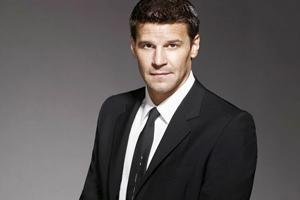 This charismatic federal agent is known for his charm and humanistic side when it comes to solving crimes. His strong sense of moral duty and athletic ability makes him an ace at solving crimes. At the end of season 1 of the show, it is revealed that Booth is battling to recover from a gambling addiction and goes to Gamblers Anonymous meetings.

He started to develop this gambling addiction to deal with the post-traumatic stress of his army service. Booth was a sniper for the US Army and served in several wars including the Gulf War and Kosovo. Seeley decides to kick his gambling addiction when he misses the first birthday of his son Parker because he was on a good run. 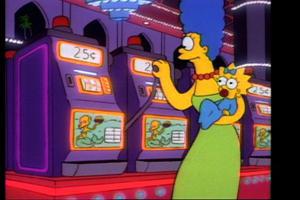 Marge Simpson has been considered by many people to be TV’s best mom. Her constant words of wisdom and caring attitude are the perfect complement to the crazy antics of her scatter-brain husband Homer. With her impressive blue beehive, stern advice and her characteristic laugh, Marge is truly the matriarch of the Simpson household.

Yet, many people do not know that this model cartoon mother has a dark past with gambling. In the episode $pringfield, Mr. Burns decides to create a casino in Springfield and decides to give Homer a job as a dealer. While visiting her husband, Marge develops an almost instant addiction to slots. She starts heavily neglecting her family and spends all her days at the casino. At one point, she does not even return home. At the end of the episode, Homer confronts her and she realizes she has a serious gambling addiction. She immediately leaves the casino and promises not to return.

Sadly, most of the characters on TV only deal with gambling addicts, which are the exception of all those people that love to gamble and know how to gamble. Playing casino games is a lot of fun as long as you have a little self-control! How about you? Do you know of other TV characters that love gambling? Let us know in the comments!