Have you ever thought about the amount of fictional gambling characters that all of us, around the world, know? I mean, think about it! How many TV characters, literary heroes or movie icons are gamblers that we feel like if we actually know?

Let’s take a look at history and find some of the greatest ones. We actually gathered the whole CoolCat Casino Team to come up with their own favorites and vote. These are our favorites, but hey, you’re welcome to add your own. 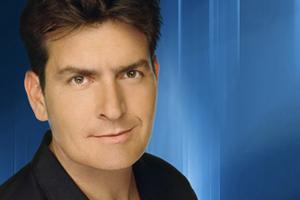 Let’s start with a recent one that popped in my head as soon as this idea for a post came up: Danny Ocean! Oh yes, George Clooney, oh my, oh my! Even though this character is a character that first appeared in the 1960’s, to me it was introduced by the movie Ocean’s Eleven that later on became a movie saga. Danny Ocean, as we know is a slick, good looking & shred gambler that not only manages to keep the girl at the end of the movie, but also steal from a casino. Sorry folks, but it doesn’t get any better than that!

Who could come next that could be side to side with Danny Ocean, but Charlie Harper? Remember Charlie from the TV sitcom “Two & a Half Men”? If you saw the show, then you know that this free spirited, drunken and fun character is a great gambler. I can’t name the times that one would hear Charlie mention the tons of money he made over the weekend in Las Vegas. But also, there are complete episodes about his gambling in the track fields, sports and anything that could be bet on. 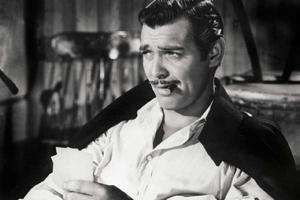 But then, just when you think it can’t get any better, remember beloved Rhett Butler from Gone With The Wind? Who could be manlier, stronger, richer and a better gambler than him? He makes me want to embark in of those casino cruises down the Mississippi River or a boat that crosses the Atlantic Ocean on its way to Paris. (With a Casino, of course.)

Now let’s jump into the magical world of Jules Verne’s “Around The World in Eighty Days.” Phileas Fogg is its main character that bases his whole trip on a bet. A bet that he will go around the world in exactly eighty days. And even though, at the end he thinks he lost, thanks to the time change zones, he realizes he has made it.

Now, you might be surprised to know that there are actually cartoon characters who are also part of our fictional gambler’s list. Take Fred Flintstone, for example! Yes, our beloved character from the show The Flintstones, was also a gambler and appeared as such in a few episodes. I mean, who wouldn’t understand Fred? Isn’t going to a casino one of the greatest most adrenaline experiences of all?

Even good old mom, Marge Simpson also starts gambling in one of The Simpson’s episodes. If Marge, that saint mother and wife who LOVES and takes care of Homer Simpson’s mess, has time to end up relaxing and having fun in a casino, then ladies and gentlemen, so should we!