CoolCat, the bitcoin casino, offers a number of popular banking options to choose from for depositing into and withdrawing from your account. One of these convenient options includes bitcoin, the fastest growing cryptocurrency in the world. In case you’re wondering what cryptocurrency is, what bitcoin is, and how all this fancy stuff works, we’re going to break it down here for you.

We know that “cryptocurrency” sounds like something from a James Bond film or a science fiction novel, but it actually just means “digital currency.” Bitcoin is entirely electronic, meaning it has never been and will never be printed physically like dollars or euros. If you own bitcoins and want to withdraw them to use in the physical world, you have to first convert them to a different currency and then withdraw the cash.

If no one is printing this money out, how are they made?

While conventional currency was traditionally based on precious metals like gold or silver, bitcoin is based on mathematics; to put it simply, they’re produced using computer software that solves mathematical problems. Which brings us to the most interesting aspect of this cryptocurrency: it’s completely decentralized. No banks, countries, or institutions regulate bitcoin. Instead, it’s entirely self-regulatory and created by normal people with really cool computer software.

I know what you’re thinking: “Um, so does that mean I can get this software and make myself an unlimited supply of money so I never have to work again?!” Sorry, but unfortunately that’s not possible. Bitcoins are produced digitally by anyone who has access to capable software programs, but you can’t make an unlimited number due to the BITCOIN PROTOCOL, which states that only 21 million bitcoins can be created.

Bitcoin is pretty nice for several reasons – it’s easy to set up, it’s not controlled by a central authority, it’s anonymous, and transactions are pretty much as fast as it gets. It lives in the electronic world unless you want to convert it to a different currency and withdraw as cash. No need to worry about losing your wallet – your BITCOIN WALLET stays secure on your computer. Coins can be divided into smaller parts, but they all have to add up to 21 million at most.

When it comes to bitcoin gambling, CoolCat Casino is the best bitcoin casino available. Both deposits and withdrawals in bitcoin are accepted, so when it’s time to cash out your winnings you can request the amount in bitcoin or another currency. You can also “mix” your currencies – for example, you could deposit in bitcoin and request your winnings in Euros, or deposit using your Visa and withdraw in bitcoin. You can imagine the number of deposit and withdrawal combinations that are at your disposal, so finding one that works should be pretty easy.

With the online CoolCat bitcoin casino, you can use your cryptocurrency to play your favorite casino games on the downloadable PC app, the Mac site, and the mobile casino. As bitcoin grows in popularity and global use, CoolCat guarantees to stay up to date with and support this form of digital currency for our players. If you have any questions or concerns about how CoolCat Casino works with bitcoins, please contact customer support for further answers.

So, now that we’ve gone over the basics, let’s take a few minutes to look a bit closer at the benefits of playing online casino games at CoolCat using Bitcoin to make your deposit.

First off, transaction fees. One of the amazing things about Bitcoin is that thanks to its being decentralized, in other words, not controlled by the state, banks or credit card companies, its transaction fees are incredibly low. That’s right, the standard 2%-20% fees that other providers like Neteller or credit card companies charge to use their service are dramatically reduced when you use Bitcoin. While there are small transaction fees involved in processing Bitcoin, and these can vary over time depending on how you send your Bitcoin, as a rule of thumb you can bet on Bitcoin transaction fees being significantly lower than other online casino deposit methods.

Then there’s security. Bitcoin is what is known as a cryptocurrency. The term itself stems from cryptography, the fine art of sending messages in secret code. Bitcoin was developed by a group of people fascinated with two things, security and privacy. The two-key system, where there is a public key and a private key to access your Bitcoin and conduct transactions, is based on the need for extreme levels of security that resulted from using the internet to transmit and receive information, in this case cryptocurrency. While the big banks and credit card companies do use very high levels of security to ensure you can safely make online transactions using their products, the real cat’s pajamas in terms of ultimate security when sending and receiving digital currency is Bitcoin.

Then there’s privacy. Bitcoin, by its very nature, is anonymous. True, these days more and more Bitcoin exchanges, to comply with anti-money laundering laws (AML), and internationally accepted standards such as KYC, short for the requirement for banks to “know your customer”, do ask you for personal information to buy Bitcoin. But once you’ve done so, even as all Bitcoin transactions are completely transparent and visible to anyone who wants to look at the blockchain, the Bitcoin you use, once you’ve withdrawn them from an exchange to your personal wallet, can never be directly linked to you personally. All anyone will ever see is the amount transferred, and that the transaction was legitimate, not who transferred that amount to whom or where. 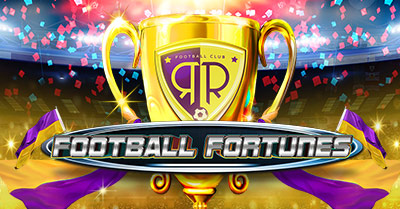 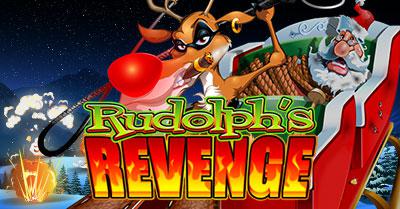 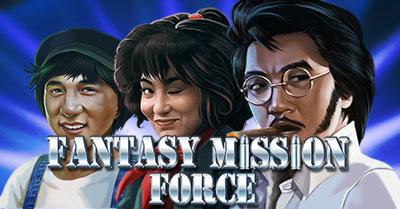 Q: What is a Bitcoin?

A: Bitcoins are the most popular cryptocurrency in the world today. Bitcoins are “mined” by individuals or collectives of individuals using super-fast computers running an amazingly complex algorithm. Bitcoin miners compete to validate what is called a “block”, which is part of the “blockchain” that makes up the ledger of all Bitcoin transactions and exists only on the internet. As a result of this work, they are rewarded with a set amount of Bitcoin. Unlike, for example, gold, the total amount of Bitcoin that can ever be mined is fixed at 21 million and there will never be more Bitcoin than that.

However, Bitcoin can be divided into 8 decimal places, making the number of possible transactions using Bitcoin extraordinarily huge. As a decentralized cryptocurrency, Bitcoin is not controlled by states, banks or any other centralized authority that could abuse its power to rig the system. Moreover, Bitcoin ensures very high levels of privacy, as, while all Bitcoin transactions are visible on the blockchain, the actors behind them remain completely anonymous. This means the use of Bitcoin is essentially untraceable, making it an ideal currency for gamblers who wish to maintain their privacy when playing online.

Q: What is a Bitcoin wallet?

A: A Bitcoin wallet is specialized piece of hardware or software in which you store your Bitcoins. As Bitcoins don’t actually exist in the physical world, a Bitcoin wallet allows Bitcoin users to store their Bitcoins safely in one place. Wallets come in many shapes and sizes, including browser-based wallets, software wallets that can run on your desktop PC, laptop, tablet or smartphone as well as hardware wallets, in which you place your Bitcoin in what is called “cold storage”, i.e. in a physical piece of hardware that remains off-line until you decide it’s time to use your Bitcoin.

Q: Do casino bonuses apply when I deposit using Bitcoin?

A: Absolutely yes. When you use Bitcoin to deposit at CoolCat Casino, you are using your cryptocurrency to purchase dollar denominated casino chips to play. As all CoolCat bonuses are denominated in dollars, you simply deposit your Bitcoin, get your account credited in dollars and redeem your casino bonus, also in dollars, which will be added to the dollar amount of Bitcoin you deposited.

Q: When I gamble using Bitcoin, am I anonymous?

A: Not exactly. The casino still has an obligation to know who you are, to make sure you’re not using the casino’s services to engage in nefarious activities like money laundering. That said, your personal information, once received by CoolCat to create your account, will always remain exactly that, yours. CoolCat casino has strict privacy guidelines to ensure your personal data is never shared with third parties. CoolCat only uses that information to make sure the person playing on your account is actually you and to know where to send your withdrawals.

That said, when you make a deposit at CoolCat Casino using Bitcoin, no one on the blockchain will know that you’re making a casino deposit. Everyone can see the transaction, but no one knows to whom the address that sent the Bitcoin and the address that received the Bitcoin belong. The only thing the blockchain will know is that a transaction happened using a certain amount at a certain time, and that it’s a legitimate transaction. That’s it, no other information is available.

Q: What happens to my deposit if the price of Bitcoin changes?

A: Actually nothing. When you make a deposit using Bitcoin at CoolCat Casino, you are buying dollar denominated chips. That means, no matter what happens with the price of Bitcoin, your casino balance will continue to reflect the amount you deposited in dollars based on the value of Bitcoin at the time of your transaction (deposit).

Q: Can I play using Bitcoin no matter where I live?

A: Yes. In terms of making deposits using Bitcoin, it does not matter where you live as Bitcoin is a truly global transaction mechanism. That said, it is technically illegal in some states to gamble online, no matter what currency you use to deposit. Bitcoin, however, has afforded many players the ability to play where and when they choose thanks to its complete anonymity. Conventional payment systems all require proof of your identity, Bitcoin simply does not.

Q: Can gamblers in the USA play using Bitcoin?

A: Thanks to its anonymity, and phenomenal security, it would be nearly impossible for internet providers to track Bitcoin deposits to individual users and impose sanctions. In many ways that’s the beauty of Bitcoin, no matter where you are you’re free to play with complete confidence that your privacy is secure.

Q: Is it legal to gamble using Bitcoin?

A: Yes, indeed it is, anywhere fiat currency gambling is allowed. Whether or not a particular government acknowledges Bitcoin as a legitimate currency, it’s completely up to the casino to decide to accept Bitcoin or not. Here at CoolCat, we adamantly believe in the future and that Bitcoin is a bright part of that future. As a result, we are happy to accept Bitcoin as a currency and you are completely free to use your Bitcoin to buy dollar denominated chips to play at CoolCat Casino, no matter where you are in the world.

Ted plays CoolCat Casino almost every day, he loves our games and he loves the wins that come with them. Ted also likes playing a variety of games from Enchanted Garden to Sweet 16 and this day was no exception.

He generally starts off betting low and steadily raising his bets according to his wins. Ted started by using code THATSMINE to try out or newest slot game Gemtopia with 30 Free Spins and a 250% No Max Bonus on his deposit.

After winning $900 in Gemtopia, Ted moved on to his personal favorite Purrfect Pets and went on to hit the many features in the game, pushing his balance up by a further $10,000. Finally, he went on to play Sweet 16 where, through the morphing feature, which raises the multiplier up to 12x for every win that is made in a row, he made a cool $45,000. Not bad for his daily dabble on CoolCat.