Wins in casinos come in all shapes and sizes, and, occasionally, they are simply too amazing to ignore. In 2014, professional gambler Phil Ivey caught the attention of the industry when he banked $9 million playing baccarat, but his winnings are neither the first nor the largest on record. In fact, the history of gambling is littered with unbelievable examples of amazing winnings. We’re going to examine the best of the best, the whackiest of the whacky, and the biggest of the big. Without further ado, let’s take a closer look at the top 9 craziest wins in the history of gambling. 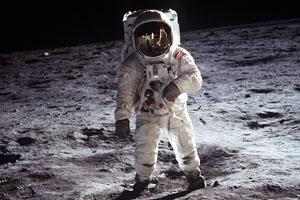 It was the year 1964 when the well-respected British wagering company William Hill allowed a quiet, but very decisive man, to bet on something truly out of this world. His name was David Threlfall, and he was for sure the man with the plan. The adventurous gamer promptly placed a £10 bet on 1,000:1 odds that a human would walk on the moon within the next seven years. And the waiting game began.

As the space race heated up, the man’s bet looked more favorable. When Neil Armstrong took his legendary first step on the celestial body, Threlfall was watching live in a television studio, and he promptly received his £10,000 winnings.

This is why you should always aim high, even moon high. 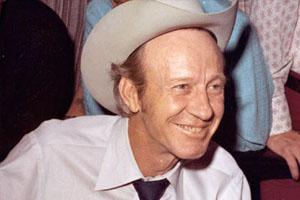 Thomas “Amarillo Slim” Preston never saw a bet he wouldn’t take, at least not a bet with an edge. Enter Bobby Riggs, the 1939 Wimbledon tennis champion known for his “Battle of the Sexes” matches in the 1970s. Now, you may think that tennis skill would translate to table tennis pretty well, but Amarillo Slim had other thoughts.

Amarillo Slim bet Riggs $10,000 that he could take him down at the ping pong table, but there was a single caveat: Slim would choose the paddles. After Riggs agreed, Amarillo Slim revealed his choice of paddles: iron skillets. Slim had been practicing with these heavy paddles for months in preparation for the eventual bet.

His effort of randomness paid off and Slims won the bet 21-8, securing a five-figure prize. 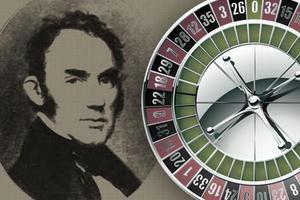 At casinos, the act of breaking the bank refers to laying claim to every chip on the table; hard to master, but there is proof that it has happened on more than occasion.

In 1891, Charles Deville Wells, through an evening of unbelievable luck, accomplished this feat at the Monte Carlo casino. During an 11-hour roulette marathon, the man turned a £400 investment (which he acquired through a less-than-honorable confidence scheme) into a million francs, which would amount to about $500,000 today.

Eventually, however, his luck ran out. Not only did he give back all of the winnings at the Monte Carlo, but he was also arrested in England and served eight years for fraud. Karma always catches up sooner or later. 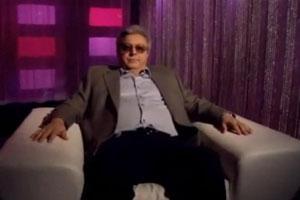 Archie Karas rolled into Las Vegas in 1992 with a mere $50 in his pocket. After spotting a friend, he secured a $10,000 loan that cleared the way for an unbelievable winning streak. At Binion’s Horseshoe Casino, he played high stakes Razz, an unusual poker variant in which the lowest hand is deemed the winner.

He started playing and within three short hours, he had repaid the loan (with 50 percent interest) and had enough to keep playing. The hot streak didn’t end there, however. By the time his luck went cold three years later, he had amassed $40 million at a collection of games. Eventually, he followed the fate of fellow gamblers by losing all of his winnings. 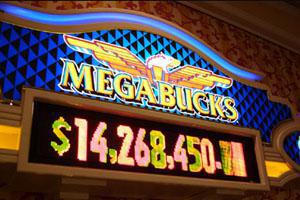 Winning the lottery is a pipedream for many, but for Cynthia Jay, a cocktail waitress in Las Vegas, it became a reality in 2000. On her ninth pull at the state-wide Megabucks slot machine, she laid claim to nearly $35 million. At the time, it was the largest Megabucks jackpot in history. A mere seven weeks later, she was hit by a drunk driver in an accident that killed her sister and paralyzed her from the chest down. Cynthia says she’d gladly give all of her winnings back for the chance to walk again or get her sister back.

In 2009, Patricia Demauro followed in the footsteps of many by ignoring the intimidation and stepping up to the craps table for the first time. Unlike most, however, Patricia had an incredible spell of luck on her side. After originally buying in with just $10, she was victorious on over 150 consecutive throws, winning well over 50 times her initial bet and, yet again,  proving the power of beginner’s luck and a little courage. 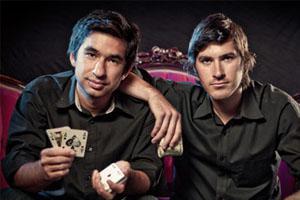 The true story behind the 2008 film, these educated card counters took it to Vegas through a revolutionary team-based technique that flew under the radar for years. By the time the jig was up, these scholars had pulled in millions of dollars and made an unforgettable impact on the future of the casino industry.

Don Johnson’s unique blackjack techniques helped him perform even better than the MIT team by negotiating special rules with casinos. As a high roller, he was able to negotiate a massive 20 percent payback on all losses, and that, combined with favorable house rules, helped him win approximately $15 million from three casinos in just six months. Johnson has stated that he is banned from Atlantic City and Las Vegas casinos as a result of this simple strategy.

If you’ve got the money, there are few things that you can’t bet on, and nothing illustrates that fact more than the case of Peter Edwards. Seeing unparalleled promise in his three-year-old grandson, Edwards placed an $80 bet that the little one would play for the Welsh National Football team. In October 2013 during a World Cup qualifier, 16-year-old Harry Wilson made his debut, clearing the way for his granddad to cash in on 2500:1 odds.

If there’s a lesson to be learned from these crazy wins, it probably has something to do with restraint. When you find yourself on an unbelievable hot streak, remember the fate of these lucky gamblers, and make sure to leave with a piece of that supercharged bankroll!

How a Banker Beat the Poker Pros
Poker Players: What Is Their Net Worth in 2020?
Cultural Influence on Gambling Laws around the World
The 10 Largest Casinos in the World
Online Casinos — What’s Good About ‘Em?
The Ultimate Guide to Improving Your Poker Game
Poker Legend Doyle Brunson
The Beginner’s Guide to Online Casinos (and Games to…